Every time I turn around it seems I discover a new miniatures company. It's eternally gratifying to see new miniatures in the Oldhammer style. From the name alone it's is doubtless obvious that Bolt Thrower Miniatures gives you exactly that. Not only do they borrow the name of an obscure 80s band, a band that is itself making reference to Citadels's most iconic models, they also find a way to hire one of Citadel's best known early sculptors: Bob Olley. Well done Bolt Thrower. My hat is off to you.

So what do we have? Well, having gotten these in the mail . . . oh . . . Thursday last? Perhaps September 3rd, I don't have too much to show yet, but I've somehow managed to bang off nearly a miniature a day, so it's quite a lot more than nothing. Without further ado allow me to introduce the new arrivals along the Tartarus Rim:

First up, we have a fellow I've named Maxim Wilder. He is a genuine limited edition Bob Olley. I gather their number is 110 and there shall be no more. They designed this guy for a medical benefit and call him "Captain Ulfar: Space Viking." Though I cannot speak to the particulars it seems to have the backing of Mr. Olley and the good folks at Foundry, who apparently all worked at quite incredible discounts. 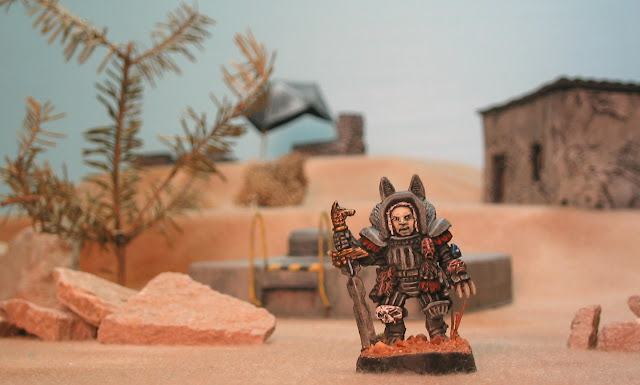 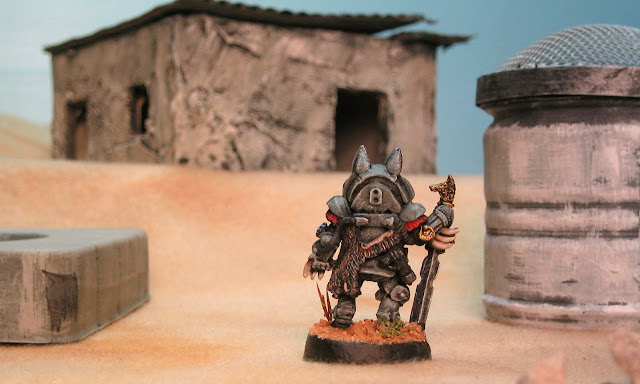 This is a really nice miniature. It is charming, detailed, and incredibly characterful. The casting is good and clean (to be expected from Foundry.) And it really does feel like an Olley of the old sort. If you like his Iron Claw space pirates this is a great miniature for you.

Next up, we have the flaming radula of death . . . otherwise known as a giant snail. 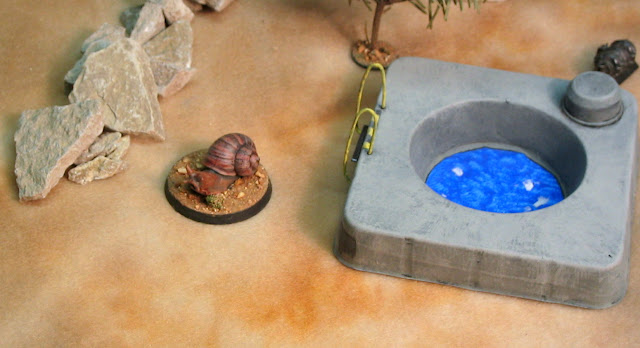 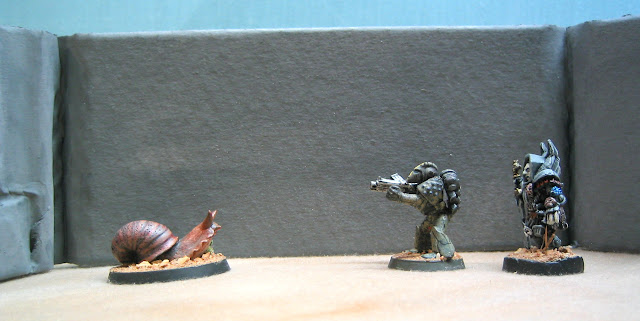 The beakie should give you some idea of the size of the thing. It's not small. Far from the biggest miniature I've painted, but . . . it's no garden snail. That thing could come out of nowhere and get you. As long as you're a plant and can't move much.

Last but not least we have a real piece of dangerous. 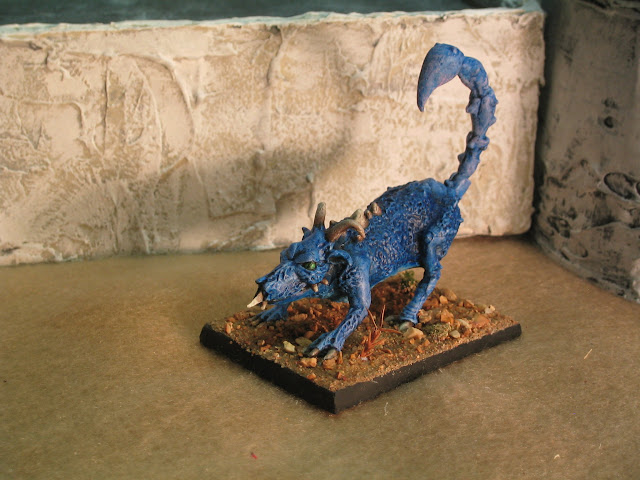 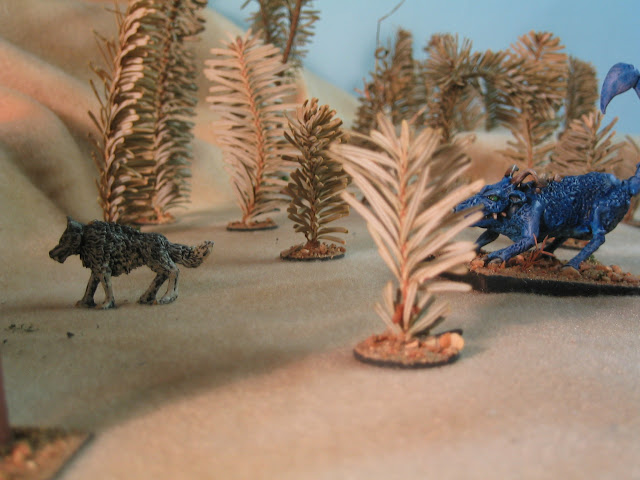 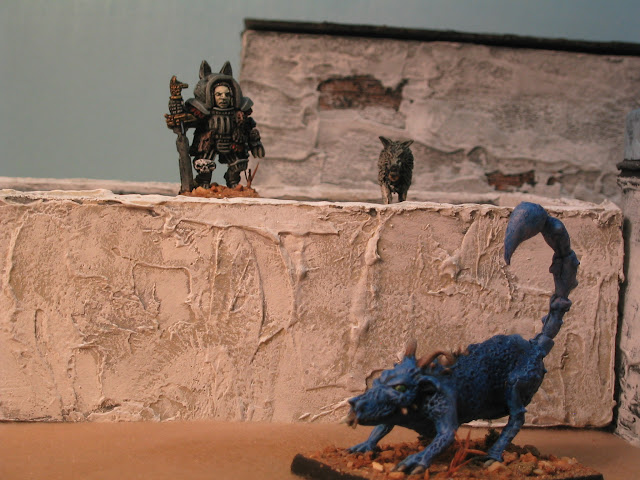 I'm calling this badboy Scorpicaudems magnificens fairlambi, or the great blue tarasque, if you prefer. The tarasque is a mythical creature described in Provenceal folklore as having six limbs, the shell of a turtle, the head of a wolf, the legs of a lion, and a scorpion's tail. Well, at least he's got one part right. Bolthrower calls him a "Spitebringer Consumed" but for Tartarus he needed a more mundane name, as there are no chaos daemons in my universe. (Seems odd, doesn't it? Under the circumstances. Sorry. It's not personal. It's just . . . we all have to have our Oldhammer limits. Those of us who are mortal, anyway.)

So there you have it, some truly magnificent little miniatures. They also offer a barbarian or two and a rat with a humanesque face that have yet to see paint. It's a small company and a small line, but I expect we'll see more in the future. Lovely stuff.

As always, thank you for reading. I hope you enjoy your hobby adventures as much as I.