In many ways the terminators were the beginning of the end for Oldhammer. They brought us gargantuan men with "moar skullz," enough to make da most hardened orky boyz happy, with helmets patterned more after the familiar American sci-fi storm troopers than exotic English tomb brasses. But I think it was really the Inquisitors that pushed the game over the cliff in the direction it ultimately went. They gave the marines purity symbols, even more skulls, heaps of bling, and some of the first full units with seemingly no guns at all. (Yeah, they had bolters if you really payed attention, but my fifteen year old self didn't notice until I'd opened up the blister and gotten started on them. It was the gigantic space swords and axes that attracted me to these odd paladins, not the super-sized derringers concealed inside. And it is these be-ribboned goons that eventually won the teen crazed fashion wars that raged at GW. 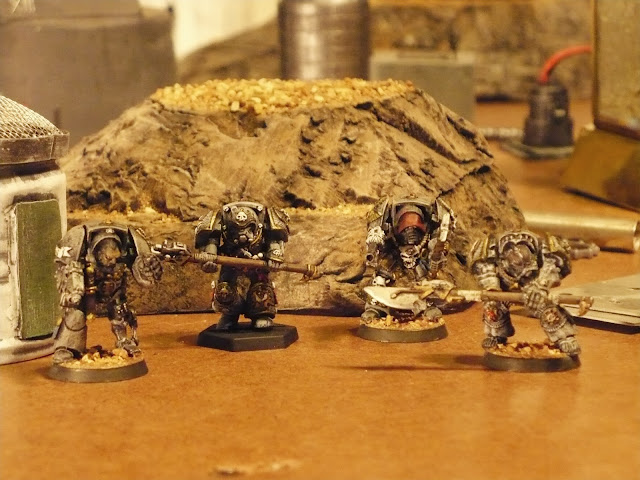 Which forces me to admit that maybe some things never do change. While my forty-something self is loathe to admit it the difference between that and Age of Sigmar is . . . accademic. So miniature by miniature, pack by pack, I fleshed out my army of multi-colored Space Wolves with brothers on detached duty from other orders. 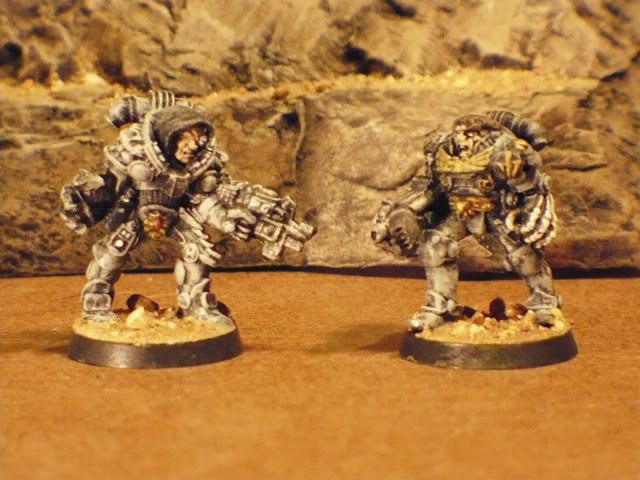 Eventually I came to my senses and realized that these weren't your ordinary marines, these were high muckety-muck corrupt religious nutjobs out busily converting by the sword where naptha sweet inflamatory polemic didn't suffice. 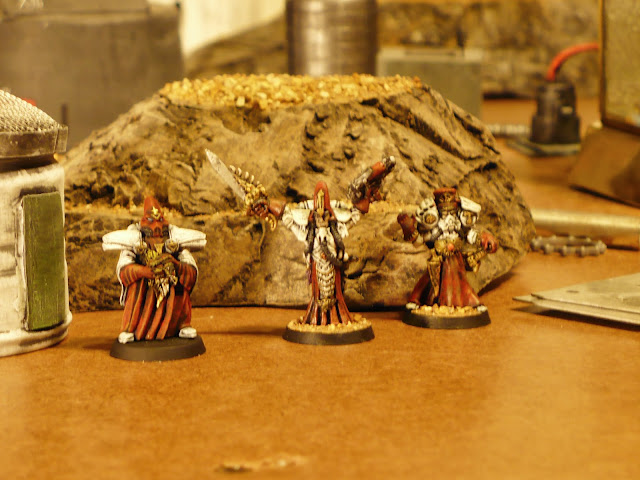 And of course these fellows, half forgotten, found themselves in the core of my nascent collection of adventurers. 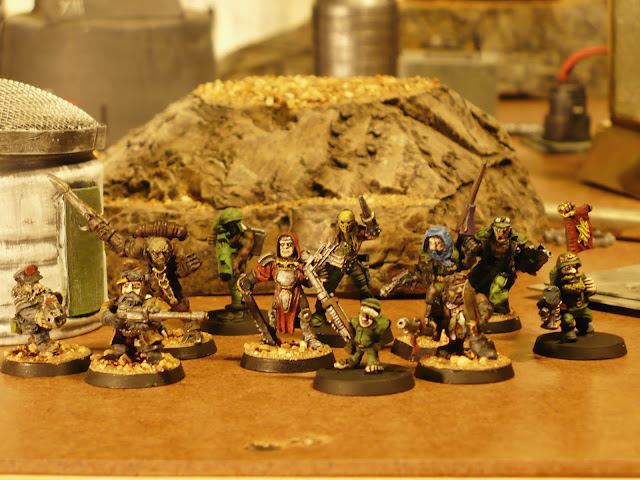 But after a few trades, some dip and strips, and a bit more collecting I still found myself two inquisitors short of a complete RT era pile. The first shoe to drop was Inquisitor Augustus, almost unseen in a batch of pirates that sailed in from the Bay of E. 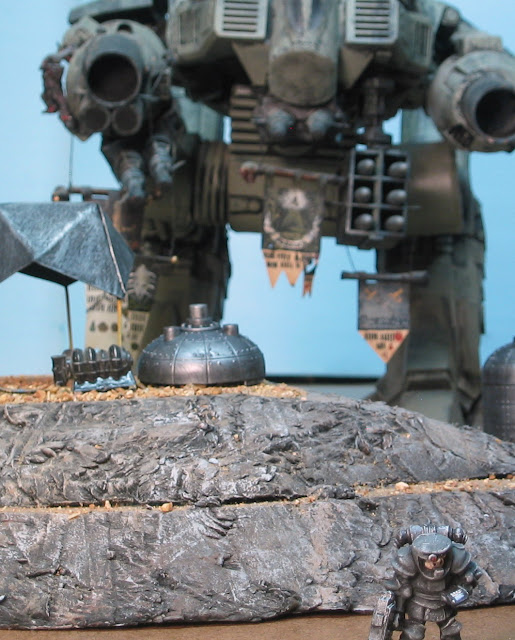 But finding the original inquisitor from the 1987 flyer, the one that looked more or less like the first Rogue Trader illustration, that took me a little longer . . . took me until this spring, in fact. So in celebration of getting that last gent I've finished repainting my remaining Grey Knight and High Lord of Tera (officially OM Daemon Hunter) and gotten the whole gang together. 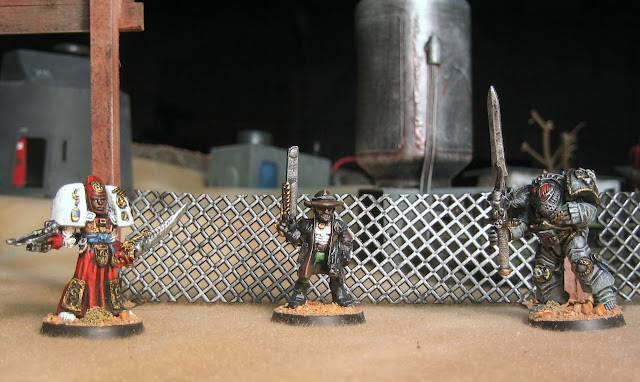 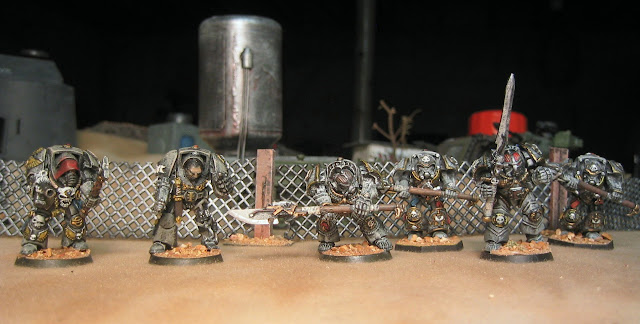 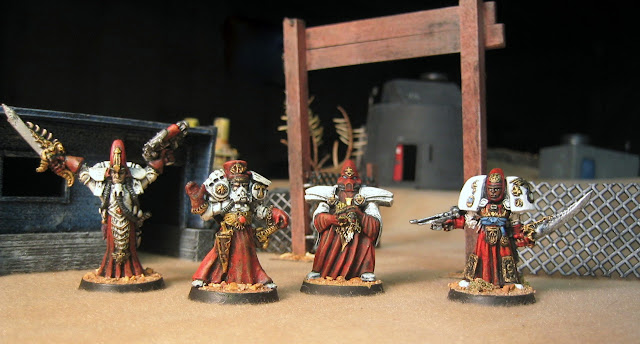 Did I say whole gang? That may not be quite right. The number is correct, but the models are slightly off. I apparently forgot that I traded away one of my monastic boys to a friend for . . . who knows what. Something. Terminators maybe? I used to have an obsession with those. And I later picked up a religious nutjob from a different line that fits right in with the boys in red, making the count correct, but not the identities. So ten or twelve dollars will make the set complete . . . eventually. At which time maybe I dip and strip a few of the rougher looking fellows above. But for now the gang is all here ready to smite the rebel scum.