The Tartarus Rim, in spite of its remoteness, has become host to a wide variety of flora and fauna . . . which is another way of saying that I'd like to force my adventurers to deal with exotic creatures not previously familiar to them. To that end, we have some new creatures and alien races to share with you. First we have  a Ramshackle miniature which, for the purposes of our story, I have dubbed the Fell Worm in honor of its creator Curtis Fell. 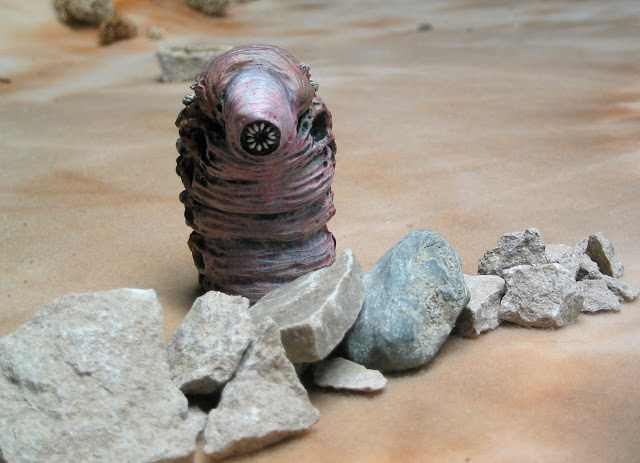 The blind Fell Worm is a particularly adaptable species. Juvenile worms in early instars are quite small and often go undetected in spoiled meat and protein rich vegetable material. As a result, they have spread undetected on tramps and freighters throughout virtually all of human space. Any system with a sufficiently dry silicate rich environment is likely infested with these enormous scavengers. 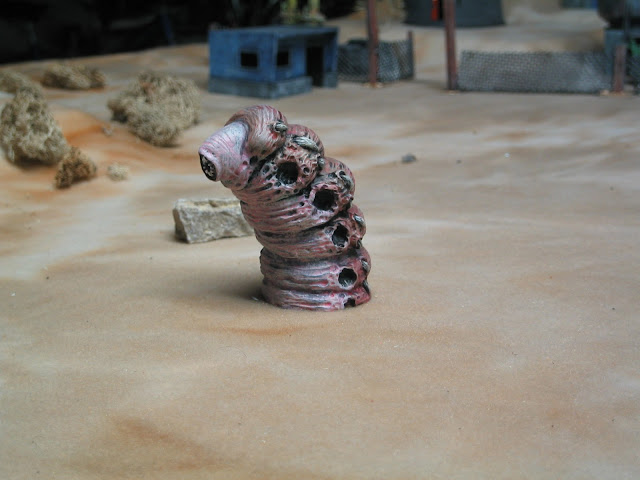 Another type of miniature from Ramshackle is this lovely monkey . . . 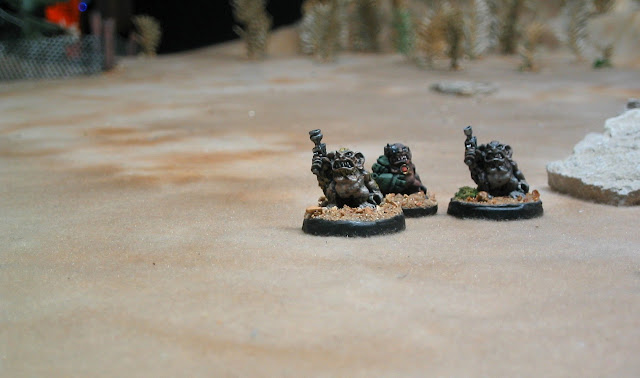 Humans are but one variety of simianoid life found in the known galaxy. Many other intelligent (or at least marginally intelligent) species have evolved along similar lines. The alpha males of the Donald's Monkey can often be recognized by its distinctive blonde fringe, frequently combed over an otherwise bald head. While some believe these creatures distant relatives of the Jokaero they are much more aggressive and rather less analytical. So defensive are they of their territory that many believed that their faces always bore the rictus smile seen on these three individuals.

Next up we have a miniature originally from Grenadier, but available through one or two contemporary sources. I got mine from em4. You can find it in their aliens line, where they call it a "cockroach." If you have difficulty finding something there, you might also take a peak at Moonraker Miniatures, which seems to be collaborating with em4 and has much of their old stock. I'm calling these fellows the khepri, after the Egyptian scarab gods. (Any similarity to China Mieville's characters is strictly, well mostly coincidental, though I can't say as I dislike it.) 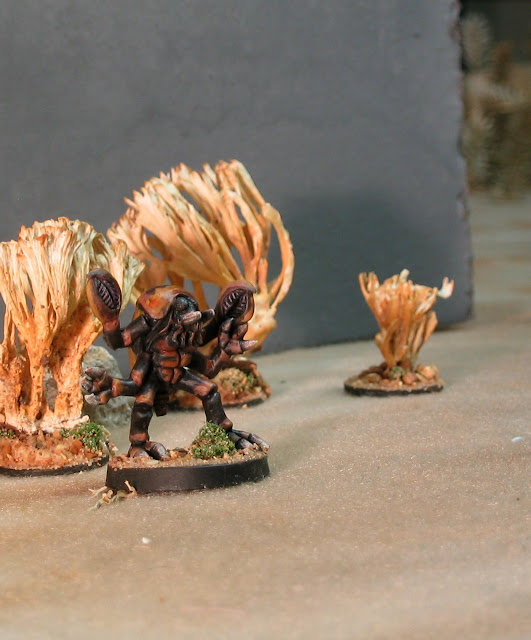 The khepri are rather unusual aliens. Their intelligence is the subject of some dispute. They appear to have complex language and craft great art, but they make no known tools and are not innately spacefaring, though they have befriended many other species and by this device spread far and wide, even though their numbers are small. They are believed to be native to the second planet in the Neith system, since their numbers are greatest there, though their presence in Khnum is nearly as great and they can be found throughout the Memphian and neighboring Tartarus sectors.

So as you can see, there's lots of interesting and dangerous animals out there. It's a big, lovely, scary universe. Keep your seatbelt fastened and your pistol handy. As always, thank you for reading along. I hope you have enjoyed it.