It isn't often that I get the chance to review relatively new sicence-fiction miniatures. I live in a quiet, though comfortable Midwestern backwater. (Though I do travel extensively and even here we have computers, as you can see.) For a number of years the local market has been rather . . . static, shall we say? But Victorian Sci-Fi and the Space Western are both enjoying something of a Renaissance and I've been digging around looking for new toys, and it seems these are genuinely new. Not unknown and unreviewed, but still new, so I'll put in my two cents worth.

Ramshackle Games appears to be one of a small host of new miniatures companies that's cropped up in recent years. The primary mover and shaker behind this splendid endeavor would appear to be a sculptor named Curtis Fell, and I must say that he is an ambitious and talented guy. His work is still a little rough around the edges, lacking the polish and absolute consistency of more established companies, but the art is quite incredible. Let me introduce you to a few of the pieces I picked up . . . 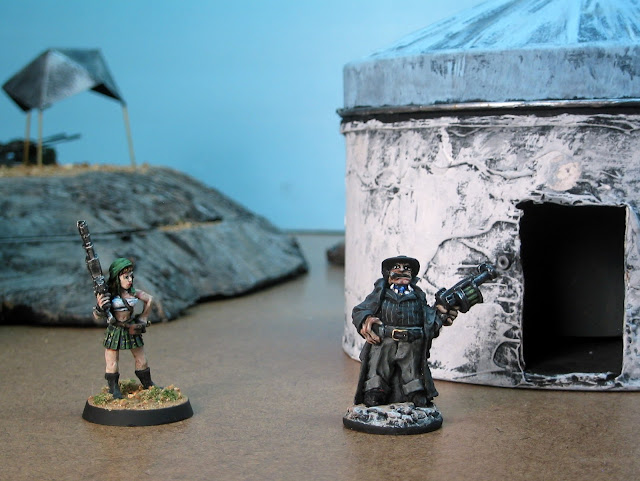 I've put him with the Last Chancer sniper (whom I think I will name Kate MacLeod) for scale. Ramshackle clearly had a more Latin theme in mind, but I saw him as a sort of western strong-man. I simply call him "The Boss." He's cast in a hard grey resin. It takes detail well, but it's brittle and seems prone to flash, so have a care as you clean it.

At a rather different extreme is a model Mr. Fell calls "Archibald Trumpton." I named mine Arthur Zanizibar Rex-Avis in honor of a friend with a slightly related name. 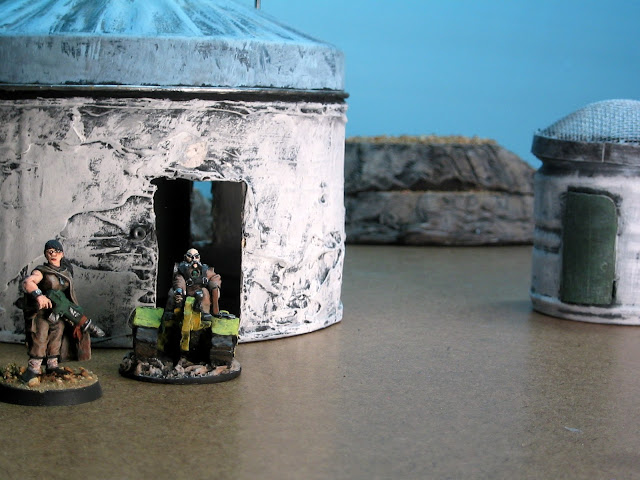 You can see him above and below in the company of assorted Citadel and Ravenclaw models. He's . . . a little vertically challenged. But he is a positively GENIUS miniature. He will make a great mastermind for one side or the other in the coming rebellion against the dead imperial husk. 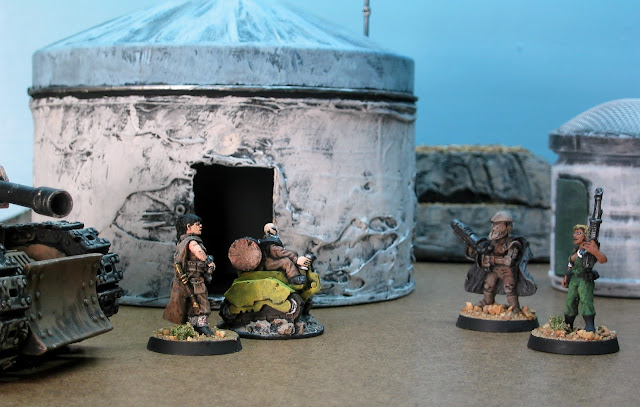 Of course what would life be without an invading bike gang? 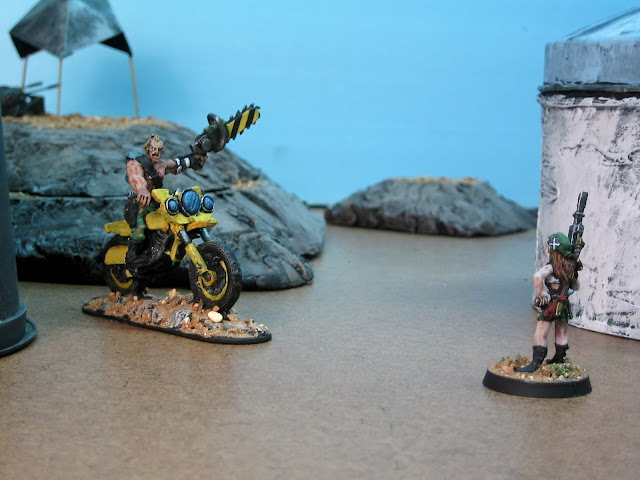 This is but one miniature out of a gang I bought. These guys feel to me as though someone shrank the Road Warrior and his enemies, though not quite enough. Mr. Alex Alexander here, in danger of finding out what Kate MacLeod is made of, is a little on the large side for a 28 mm miniature. A lot really. Scale control is something that needs a little work at Ramshackle. But with this much cool, who needs scale? I got seven quite distinct bikes (all at least as interesting as that one) in my little gang of eight. And Alex is far from the most interesting character in the bunch. These are challenging miniatures, but they will reward the hell out of the experienced modeler. The bike gangs of Logan's World featured rather prominently in 40K's earliest fluff. We finally have miniatures worthy of the setting. Thank you Mr. Fell. Further, the miniatures come with several arms and weapons each, so you end up with a healthy bunch of spares.

But perhaps the single greatest strength of Ramshackle is their fantastic selection of vehicles . . . 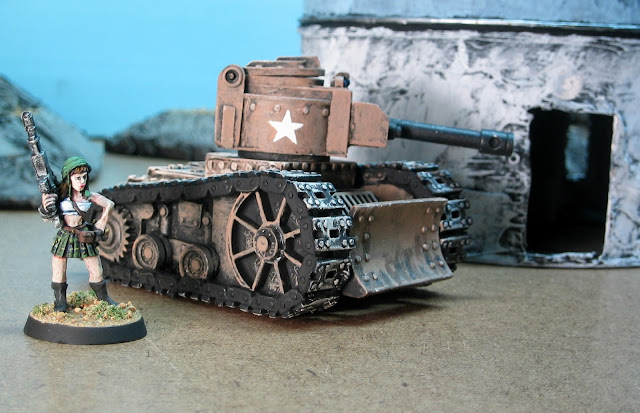 This dainty little tank, the "vole light tank," is one of their more recent offerings. It's quite small next to a predator, but it has a LOT of character. I figure it's the private tank of some tinpot planetary governor our heroes will need to confront. Along with the Vole are a host of tanks, trucks, halftracks, APCs, tractors, farm implements, and improvised transports. These guys will look absolutely RIGHT at home in your favorite post-apocalyptic or dark future setting. They will add a lot of flexibility to your scenarios and maybe even your armies. (Did I mention that several of the "tanks" make logical sense together? Like an actual family of fighting vehicles? Check out the Rhebok/Gnu family, the Toad, and . . . well . . . just check out the vehicles section. I'll miss something otherwise.)

Like Kate looking into the distance below, I want to get out and see what these things can do. 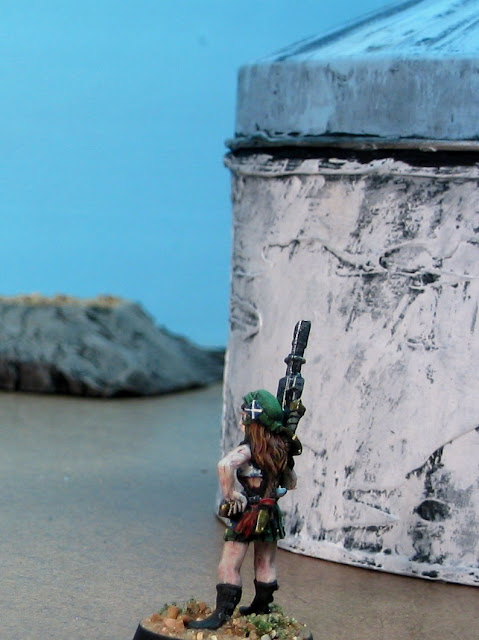 These are a great bunch of models. They really remind me of a time when dark sci-fi was young and interesting. They're challenging pieces, not for the faint of heart. The resin doesn't glue easily with CA, and many parts take some real work to clean and fit, but they are brilliant! You will want them for your pulp future, I assure you. You will.

If you like what you see or are curious about tanks and bikes and space-guys in pinstripes check back. There is more on the workbench and I'm sure I will order more soon.

Thank you Mr. Fell. And thank you my friends for listening. I hope my small contribution brings you some amusement and maybe even some inspiration.