It's been far too long since last I wrote and I think it's time to make up for that. I had planned to write more about painting, scratchbuilding, detailing, and conversion. I still hope to. But first, there seem to be whole squadrons of new ships in my navy. A whole new fleet, really. So for now, I'll show off some of the new work.

Last fall I placed several significant orders: one from C in C and two from Panzerschiffe. Oddly, Panzerschiffe shipped the second order twice, but when I enquired, they didn't want the extras back, so I ended up with a nice bonus. (Including an extra Independence, an extra Trento, an extra German pre-dread, and quite a variety of other extras.)

To get started, here are a few of the C in C models: 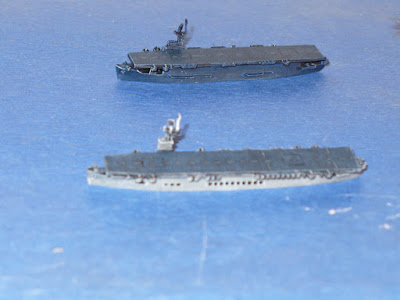 I rather like these two CVEs. I find I want to add detail to all models, and these are no exception, but they're pretty nice little ships to begin with. Cleanly cast and fairly crisp. The alignment pins between the hull and the deck on the Sangamon place the deck forward of the columns on the fantail, but you can easily file them off and you don't really need them anyway.

A Convoy Gathers in Halifax. 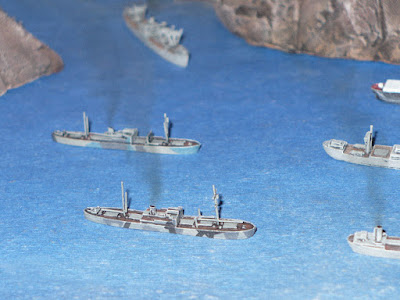 These two lovely little freighters are the C in C "tramp steamer." (With some older friends to give the convoy some weight.) I can't really find the prototype, so I've simply approximated two British freighters of about the right size: (front to back) SS Boma and MV Assyria. The hulls aren't quite right, and I've no idea what camouflage they would actually have worn during the war, but my merchies needed some color and the masts are at least close. Also visible are SS Mahseer (entering the harbor), and the sterns of (front to back) HMS Petroleum, MV Imperial Star, and SS British Mariner.

Included in the Panzerschiffe orders were some of these Jim Dandies:

HMS Maidstone with Trident and Turbulent. 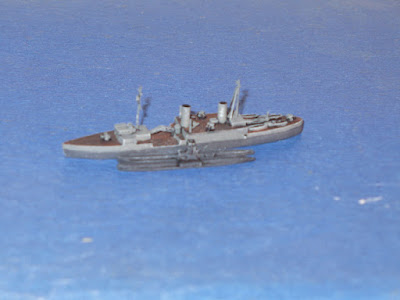 (You might note the slightly differing external torpedo tubes I added to the two submarines.) 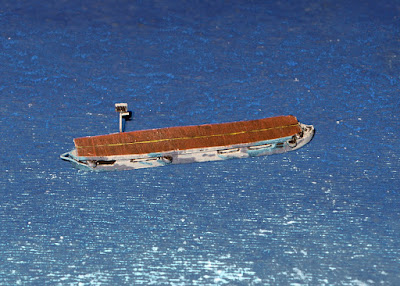 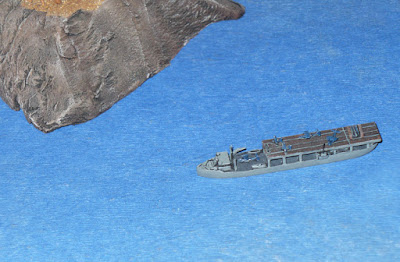 People have a lot of complaints about Panzerschiffe, but they're a easy to work with, a lot of fun to detail, and quite a bit more durable than anything else out there. As pure gaming miniatures they're about perfect, but I can never leave well enough alone, so I turn them into fiddly delicate things anyway. (A little plastic sprue goes a long way to making even the most robust model quite breakable.)

Here are a few more of the Panzerschiffe I painted or updated earlier this year:

First, a squadron of Soldati: Alpino, Carabiniere, and Bersagliere. 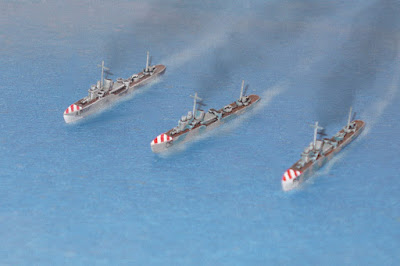 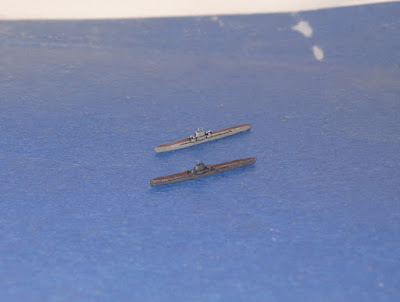 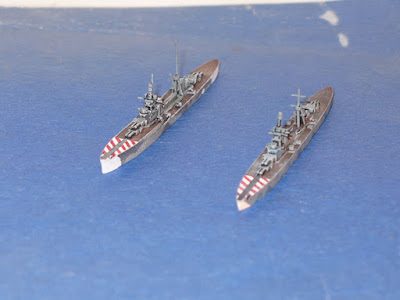 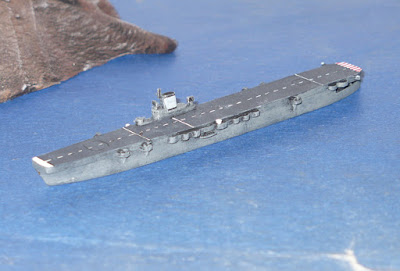 Continued in Part II.
Posted by The Composer at 8:30 PM