Continued from Part I - The Terran Empire 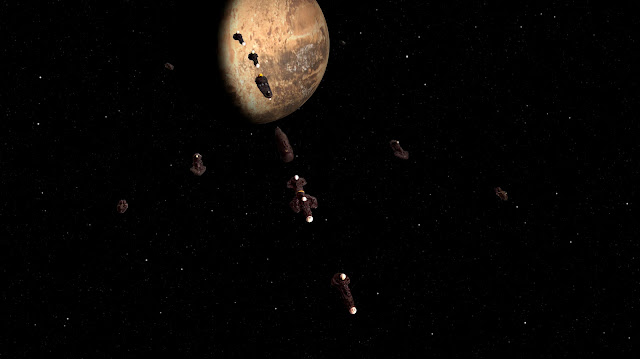 Estimates of Tartaran Navy ships are of necessity much more vague, as their systems and shipyards are remote and their organization is comparatively young. Their earliest naval vessels appear to be hastily improvised, often converted from bulk freighters. Other ships bear considerable resemblance to farboat designs from the dark ages; designs predating even the Reconquista. It is possible that the Tartarans have rediscovered a pre-Imperial Republican shipyard, as settlement reached the general area, though names have changed and records have been lost, so their precise locations are unknown inside Terran space. If so, these likely constitute the most capable ships in their fleet, and we will proceed by basing our estimates off what is known from the few surviving Imperial examples. Still other designs are entirely new, possibly showing influence from one or more of the known abhuman and xenogamous species in the area, with whom it is believed the Tartarans have contact.
Moab class cog of war

Mass: 40-60 KTons
Armament: likely several B class laser batteries, C class laser batteries, and point defence batteries
Protection: unknown, but might include light screens
Powerplant: probably civilian in type, not likely exceeding 1TG of impulse acceleration
We will begin by discussing the limited number of known Tartaran capital ships. First among them is a ship apparently called TNS Moab, of which we received reports after the first Colores incident. 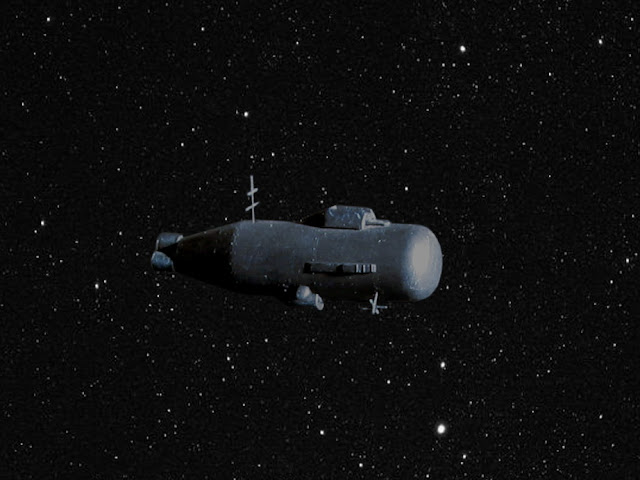 Moab appears to be a large, converted bulk hauler. Reports indicate that she is rather slow. Her armament and precise size are unknown, leaving us to estimate from the few clear photographs in our possession. We are classing her as a Cog of War, since that seems to best meet her description. Some of the first warships in the reconstituted Terran Imperial Navy were simple cogs hastily converted from available freighters of the local systemic sort sometimes called "belters." She is sufficiently massive that she should be able to support the largest B class laser batteries and probably some degree of shielding, though perhaps not much more effective than a typical galiot and almost certainly not up the standards of a true war galleon or even a carrack. While she probably isn't a terribly effective front-line warship she might be most adequate for systemic defence or training.
Proserpine class carrack

Mass: possibly 60KTons or more
Armament: possibly numerous B class laser batteries, C class laser batteries, and point defence batteries
Protection: unknown, but probably includes screens
Powerplant: probably early military in type, probably reaching 2TG of impulse acceleration
The Proserpine class gives the appearance of a purpose built warship of substantial size and capability. In many ways she closely resembles an ancient farboat. A few such vessels survived in Terran space into the early days of the empire, though none quite so large are known. We have less information on this class, and none of it is direct, but we feel we can still make some estimates based on comparable known designs. Without knowing the powerplant, we cannot say a speed for sure, but it's likely to be both faster and better protected thanks to being purpose built for the task. The white domes on comparable ships house sensor equipment of various sorts, so it seems likely the ship has a fairly substantial sensor suite, and probably also astronunciation capabilities, though without access to the Imperial NavAid beacon they may not be of much value. (The north galactic rim is largely beyond the range of the beacon in any case, thus giving navigators and local navigational aids much greater importance.) On a ship of such size the armament is doubtless substantial and the screening probably closely equal to Imperial equivalents. Proserpine and her sisters are quite probably very effective warships. 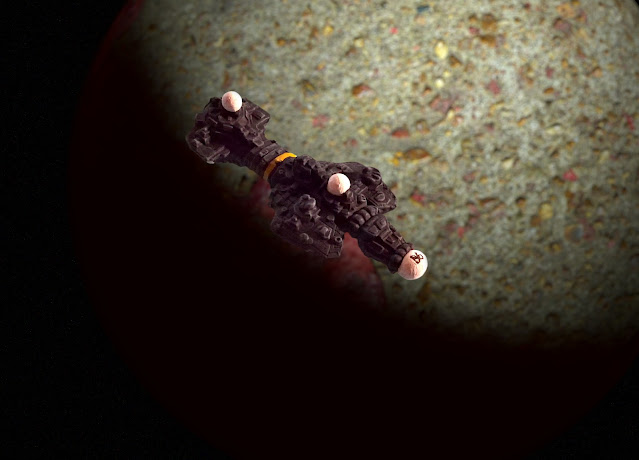 Mass: probably more than 30KTons
Armament: probably B and C class laser batteries, and point defence batteries and possibly torpedoes of some sort
Protection: unknown, but probably includes screens
Powerplant: probably early military in type, probably reaching 2TG of impulse acceleration
Even less is known of the Hecate. Discovery of her existence is quite recent, and we have exactly one rather grainy picture of a fleet exercise, seen at top. She mostly likely represents a one-off, similar to the Moab, but her design appears much more advanced. Her size, from what we can learn, appears to be consistent with a great galleon, but we have no real idea as to her armament or capabilities. We do know that she is capable of operation with the fleet, so 2 to 3TG of acceleration or doesn't seem unlikely.
Nyx class caravel

Mass: probably about 25KTons
Armament: probably C class laser batteries, and point defence batteries
Protection: unknown, but probably includes screens
Powerplant: probably early military in type, probably reaching 2-3TG of impulse acceleration
The Nyx is another design dating back to pre-Imperial days. It is in many ways a smaller Proserpine, but executed on a smaller scale. The many bulbous protrusions suggest a heavier than typical sensor or communications array for a ship of this scale. As a purpose built warship it's probably faster than improvised vessels like Moab, but probably less capable than a modern design. Several can be seen here in the company of Moab and several Garland Sheppard class dhows in the vicinity of Starship Rock. 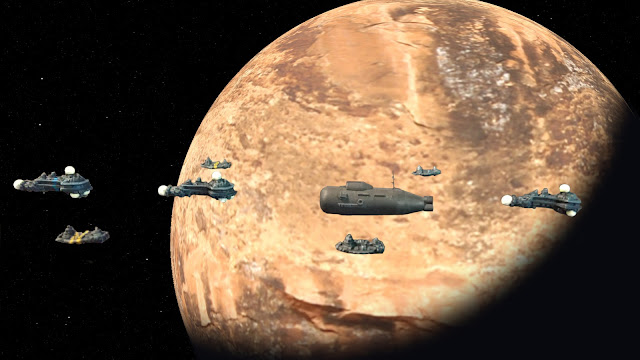 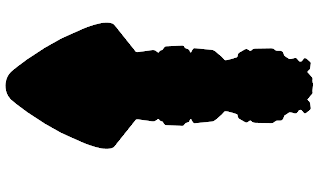 Mass: probably about 15KTons
Armament: probably C class laser batteries, and point defence batteries
Protection: unknown, but probably light
Powerplant: probably early military in type, perhaps reaching 2TG of impulse acceleration and likely lacking warp transit capability
The Czernobog and Shepard are further examples of what appear to be pre-imperial designs. The ships similar to Czernobog in Terran space are rather fast and well armed, but poorly protected. The Shepard class looks similar to early system defence escorts. The Tartaran examples appear to be new production, rather than rediscovered relics, making it likely they are produced with inferior materials and subsystems. Nevertheless, they may well be fairly capable ships for their size. 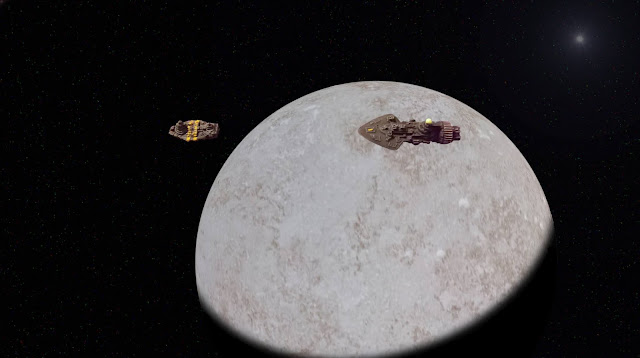 Mass: probably about 25KTons
Armament: probably C class laser batteries, and point defence batteries
Protection: unknown, but probably includes screens
Powerplant: probably early military in type, probably reaching 2-3TG of impulse acceleration
Even less can be said for certain about the new-design galleons of the Tartaran navy. Their appearance is quite distinctive, but their massing overall doesn't seem out of keeping with the Imperium's own galleons, so we choose to class them as such. They appear to be purpose built warships of novel origin, and the best that we can guess is that their capabilities probably fall somewhere between that of a Comitatus class galleon and a Furious class great galleon. While these might be quite capable ships indeed their numbers aren't thought to be large, most probably not exceeding the three examples seen here escorting a TRS transport, which are believed to be Chouteau, Vide Poche, and Blanding. 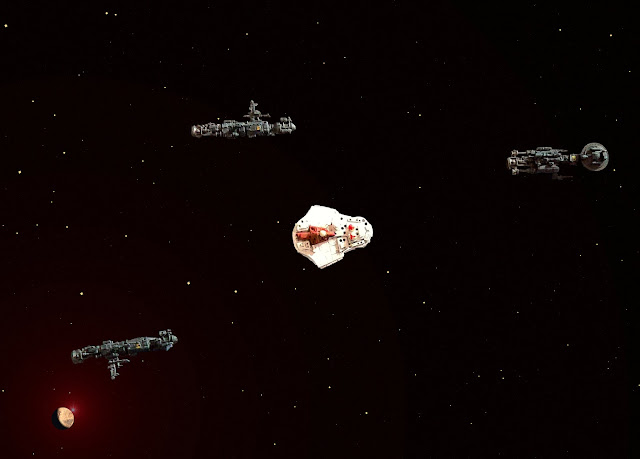 We will share more as we learn it. Part III details the abhumans, xenos, and merchant shipping found in the area.
. . . . . . .
Behind the curtain
As before, most of these ships are older Citadel castings, but there are a few noteworthy exceptions. Chouteau, Vide Poche, and Blanding are Valiant Enterprises castings from their Stardate 3000 range. Moab is a home build, mostly comprising a Little Boy model I had sitting around. And Proserpine is a rare example of a C44 star cruiser. If the early Space Fleet ships appear as though they were made by completely different companies for entirely different games there's a reason for this. They were, of course, made by completely different companies for entirely different games. The more conventionally "spacey" looking ships came from a range that Citadel bought, originally comprising two competing factions in an earlier space game from a company called QT Models. The ballsier ships, like the targeting ships and C44 cruiser I used for Nyx and Proserpine were one side (the non-earth republic, I think it was), and the more conventional looking Thunderbolts, shield ships, and Stalwart escorts were the other. (The earth empire, I believe.) But the Rim fleet, being a bit ragtag, is maybe well served by the crazy disparities in ships. (Besides, the ships I'm using for the Imperials are pretty dramatically different too, even if they were all legit Citadel designs.)
Anyway, thanks for coming along. More will come soon. And Saturday we should be gaming out our first contact, so look for updates to fly thick and furious. And to get more story driven, for that matter. Continued in part III.
Sincerely,
The Composer
Posted by The Composer at 1:27 AM