The Good, the Bad, and the Ugly: Commissions and Bugs

It's been something of a slow summer, which is typical of me lately. I can never seem to get anything done after about the beginning of June. (I'll figure that out eventually.) So what we have here is really half late spring and half late summer. Pretty sad when it's all of four miniatures. But anyway . . . first some commissions: 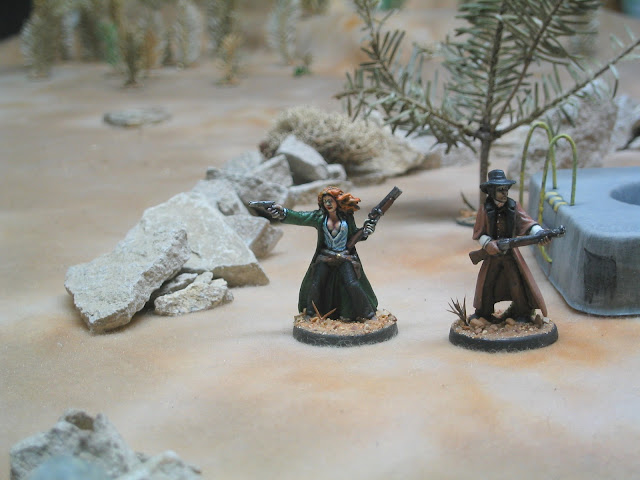 These two characters are from the Reaper Western line. The fellow is listed as Buck Fannin and the woman as Ellen Stone. They're interesting sculpts. Fannin, in particular, is a fairly nicely executed miniature. Just enough detail, without being busy. Stone is a little more Hollywood and a little more cartoony; her face is more exaggerated and she's dressed in that impractical but oh so stylish way one doesn't much encounter from people doing actual physical jobs. In spite of that she's still a fun little miniature to paint and I rather like her. Previously I've mostly seen their "bones" line, which doesn't appeal to me since the material is so light and elastic, but these were both metal castings. If these two miniatures are characteristic I'd have to say Reaper is doing something right.


So those guys were both pretty darn good. Now we move on to bad and ugly. (Not that I plan to give either bad or ugly away. I'm keepin' 'em. Just so's we're clear on what sort of bad and ugly. The valuable and desirable kind.) 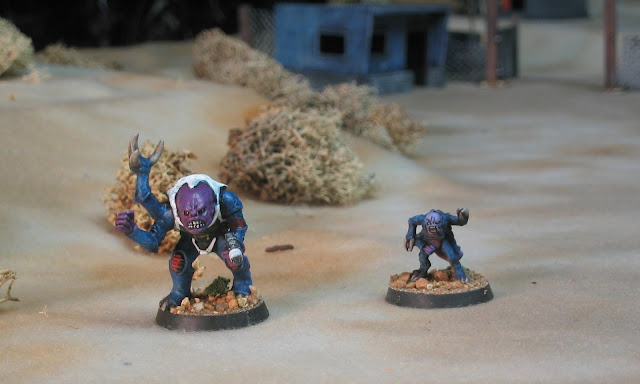 I've been slowly trying to build up a genestealer cult for a little while now. I have the patriarch and magus, a few metal hybrids, and some ordinary humans that can serve as allied tag-alongs. But what genestealer army is complete without at least one example of the old plastic hybrids from the Space Hulk expansions? This, I must say, was and is an awful miniature, due in large part to material compromises required for kids boardgame. It's injection molded in a hard styrene like plastic that precludes negative space, but it has only four parts. (Originally I suspect they had three.) As a result it has very little depth. The sculpture is rather blobby, indistinct, and fantastically awkward. It's virtually impossible to really know what's supposed to be uniform and what is mutated insectoid flesh. The head sort of oozes necklessly from the armor like you've shoved a fish partway through a hole. The feet are clawed and look to have a carapace, but their shape is remarkably boot-like. To top it all off it's really quite difficult to paint. Since the relief is so very low it's hard even saying what sort of material a given surface is likely to represent. If ever there was a bad miniature this is it. But it's a bad miniature from my childhood, so I love it anyway. And in defense of the sculptors, who were doubtless talented professionals, I don't know that anyone would do much better given the draconian restrictions they were doubtless facing: make a three piece snap-together game marker that can be molded cheaply in styrene by a company overseas and sold safely to twelve year olds. That's a big ask. I guess I can forgive the bad.

Ugly, however is . . . well . . . he's a lovely little thing. Quite a lot of detail for a miniature so very small. He's marketed as a familiar, but I prefer to think of him as an early instar bug. (In species with multiple adult instars they often start small and become gradually larger with later instars, molting their shell every now and then as they grow. Arachnids work like this rather more often than insects, but hey, if a spider isn't a "bug" what the heck is really?)
Anyway, so there's my summer so far. There's more in the cue that's finally starting to see paint, so hopefully this won't be my last post before the next season. As always, thank you for reading. 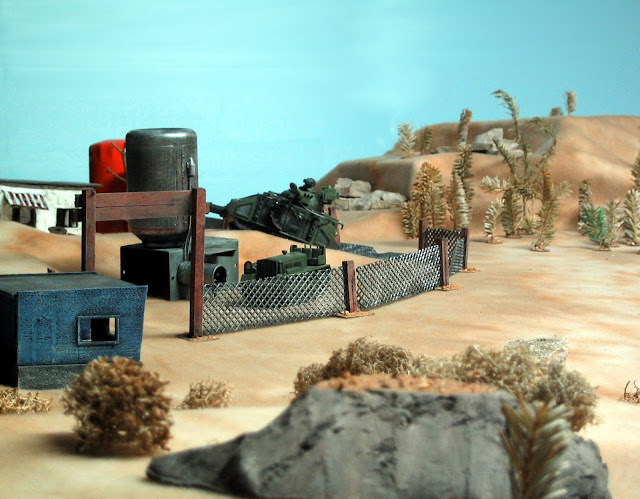 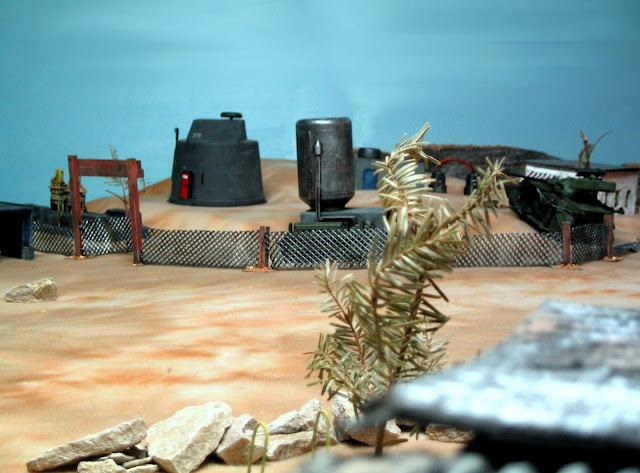 The  Tartarus Rim Government has lost contact with a small, but sensitive biotechnology development outpost on a remote moon in the Anesidora system. A scheduled supply and mail run from Proserpine failed to arrive at Tartarus Gate. The cause of the communication loss is unknown at this time. Emissions characteristic of Orchian spacecraft were detected at the Hecate Observation Post shortly before the supply freighter was scheduled to leave Anesidora. It is believed one or more small craft may have crossed near the system. This may be related, and even if it is only coincidence it is one more reason for extreme caution. The research, backed directly by Imperial grants, is highly classified and extremely important. The Rim Government has elected to respond with a well armed expedition. Elements of the Fifth and Second companies of the Burgkhan Kaldun Guard have been tasked to investigate, recover key files, and secure the area if possible. You will take charge of this expedition, loading the elements aboard your cruiser at Burgkhan Kaldun Prime and carrying them at best possible speed to Anesidora for covert terminator dusk-drop for lowest visible and IR detectability. All possible measures should be used to maintain ELINT secrecy. I cannot overemphasize the importance of this mission.
Attached you will find a complete load-out list, a personnel list with briefs, and coordinates for the system, moon, and outpost.

Godspeed,
Sir Percy
Posted by The Composer at 12:38 PM 4 comments: