A while back I bought some Ogryn to join my cast of adventurers. I was really looking for folks about like the fellow on the right below, but two more closely resembled the gent on the left. 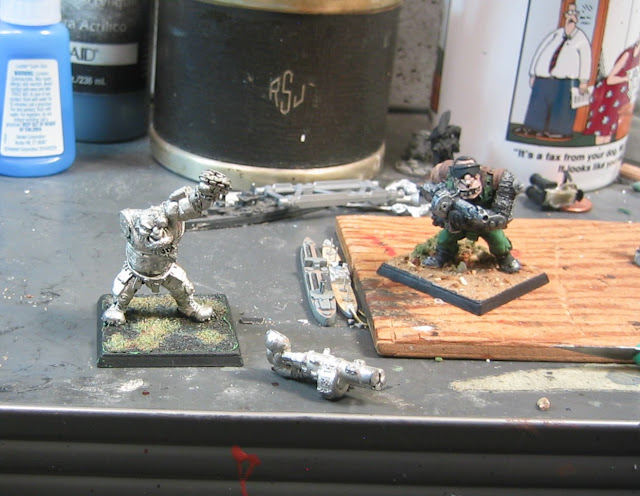 In fact, he's one of a pair of twins. Here's his brother before I stripped him. 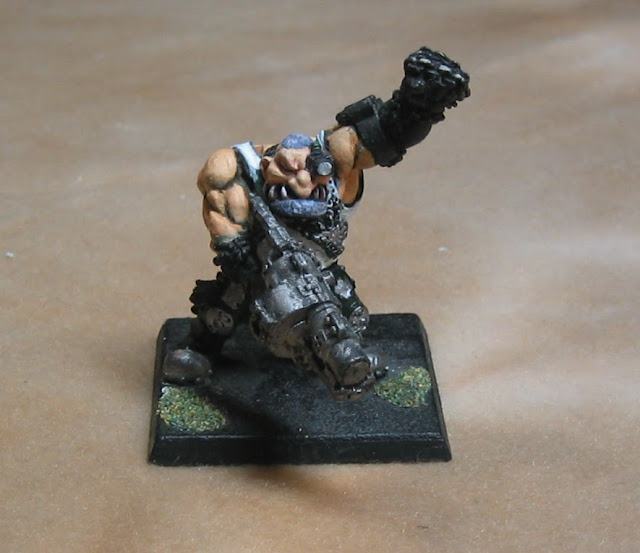 He's rather unlike the older model. To that end, I set about "Olleyizing" him. First I whacked off his left arm and green stuffed it back on in a pose less evocative of Howard Dean coming in third in Iowa and more like "I'm going to punch you face if you keep calling me ogre." He's not green, after all. Well, save for  the shoulder. 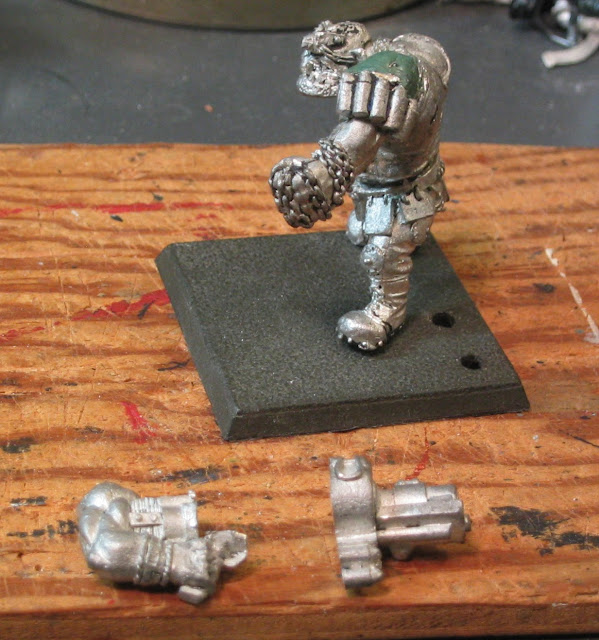 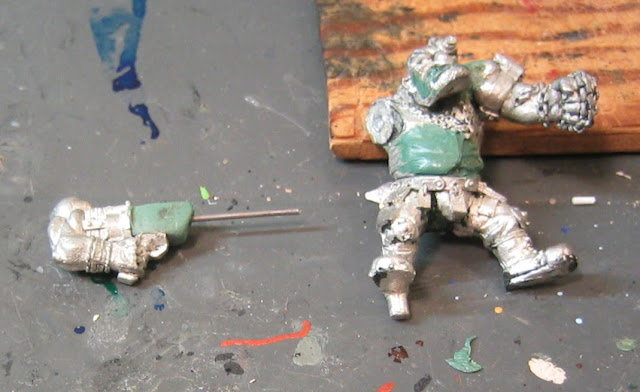 And the flack jacket. Hmm. Maybe he is green on the inside . . .

I felt the oversized "newhammer" gun had to go and he needed clothing that looked a little less like he was going to sit around the house all day demanding beer. He is, after all, a working ogre. Wait. *ducks* 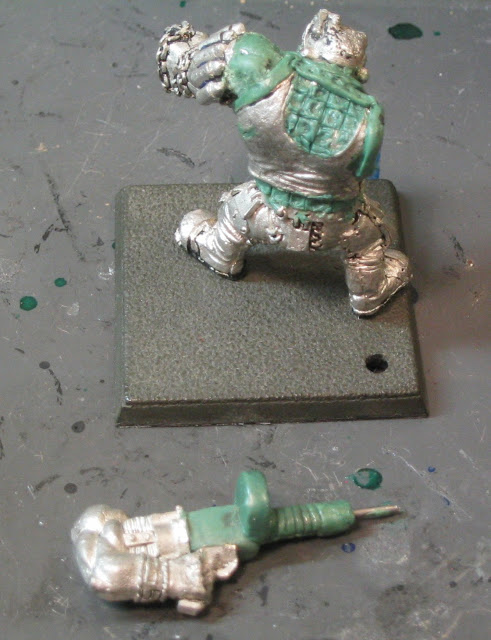 There was a brief "adult toy" stage to the gun (ribs for pleasure and point for pain) . . . 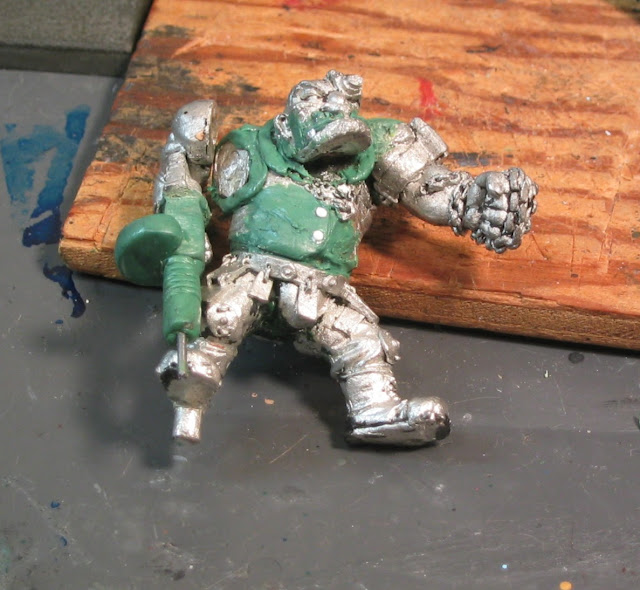 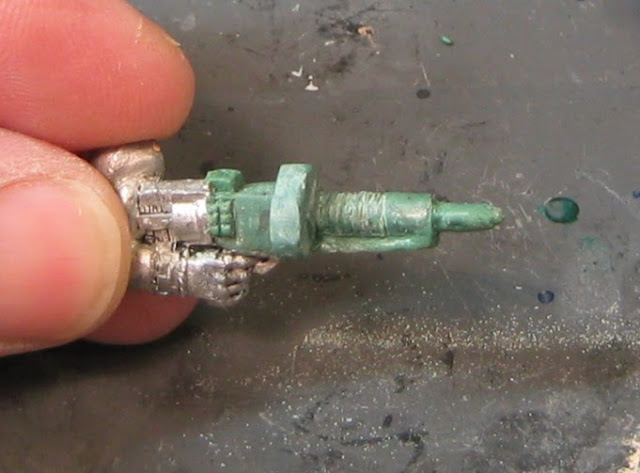 But old military jokes aside, as it built up it began to look more functional. This is one of the lessons I'm slowly learning. Build it up one small piece at a time. Layers, SP, layers. 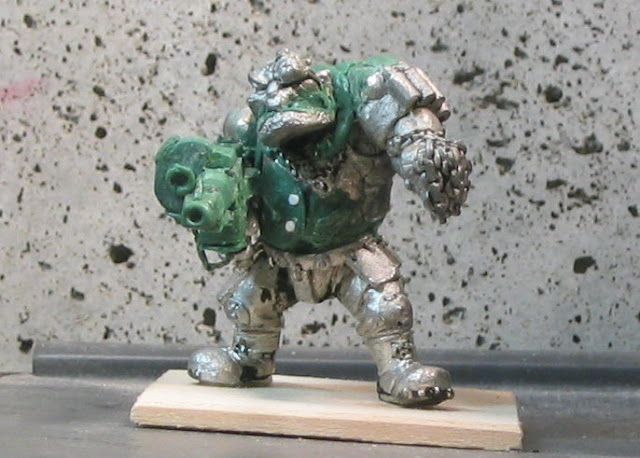 And below you can see how he painted up. 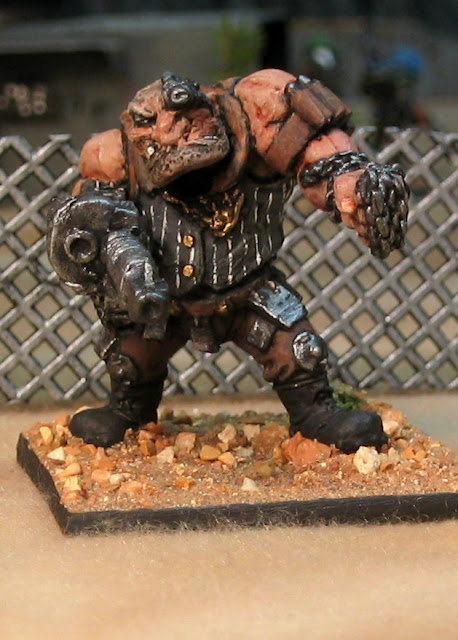 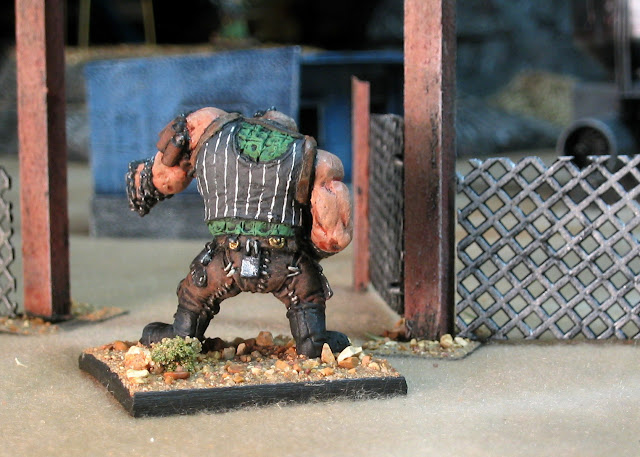 For a final bit of comparison to the authentic Olley Ogryn Little Milt. . . . He says "We're buds now George. The little stuntie Walther is my best friend, but you can be my friend too." 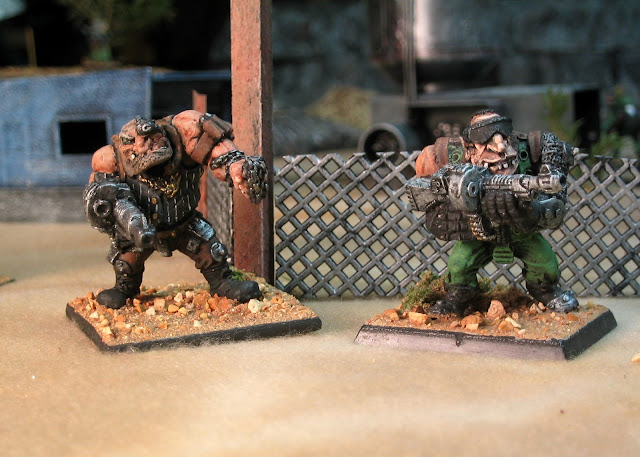 George and I are going to get along just fine. 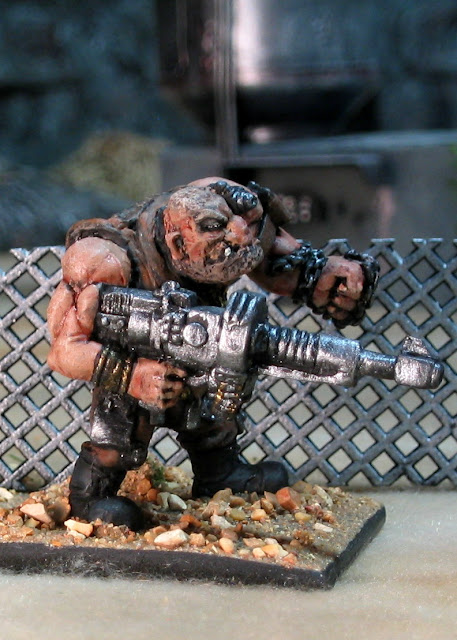 It's been a fun modeling project. I'm still a bit of a green stuff newb, but I think I'll get the hang of this. As always, thanks for reading along.