I've always wanted to play Warhammer 40K as a role-playing game, but I've long lacked for interested partners. Lately I've revisited the idea and convinced an artist friend, her husband, and my wife that a good old classic dungeon crawl through space with miniatures might be fun. Maybe this takes care of that little problem. But with girl gamers, well, maybe I need some girl miniatures. After a frantic e-bay buying spree and some long nights painting you can see the results. Clearly I picked up a few boys as well along the way as well. At some point I'll try to go into some of the "how to" on cleaning, converting, painting, and finishing models of this sort, but for now I'm just going to do another photo-dump.

Kara "Stone" Mason and Hary van Erikson are a pair of Citadel "Necromunda" figures: a Von Saar leader and an Escher ganger . 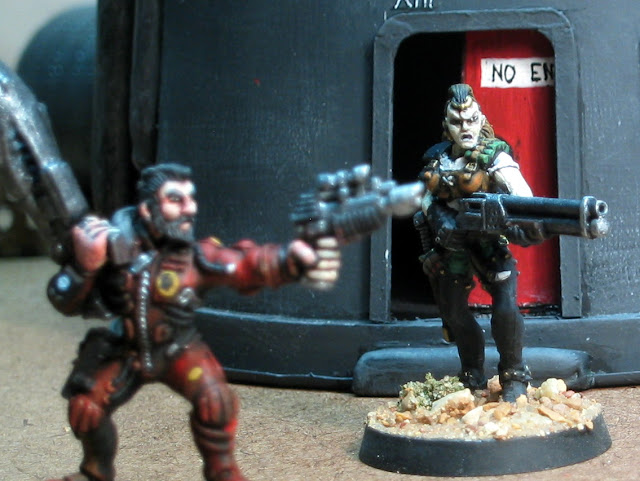 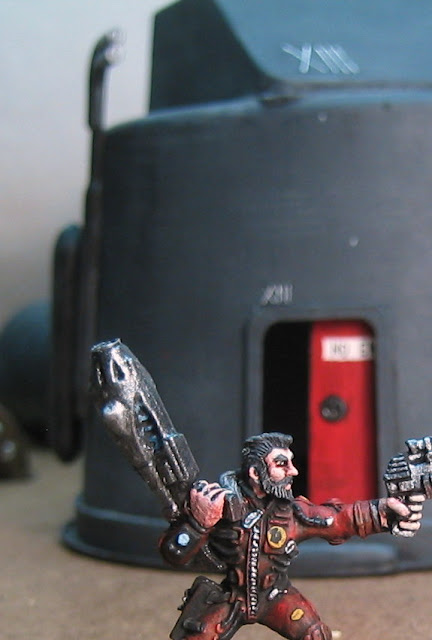 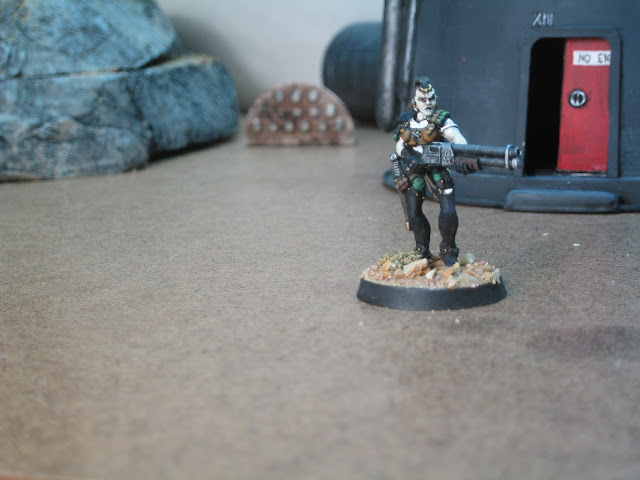 Lorita is an older pirate from the Rogue Trader era. (She even came with the name.) 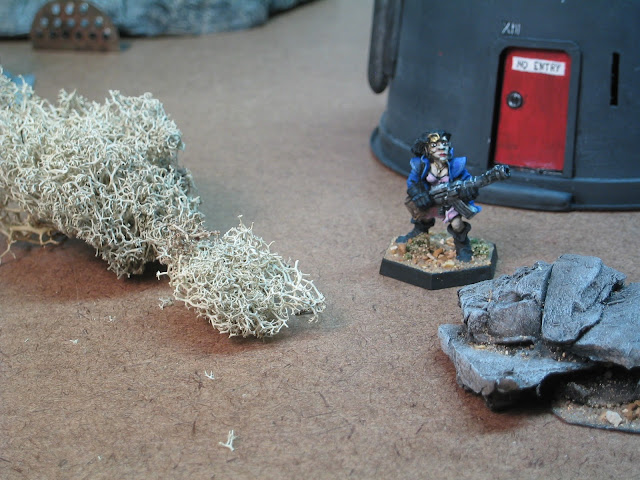 Kitty Luong started out as an Escher juve from the old "Necromunda." Care to guess what inspired the nick? 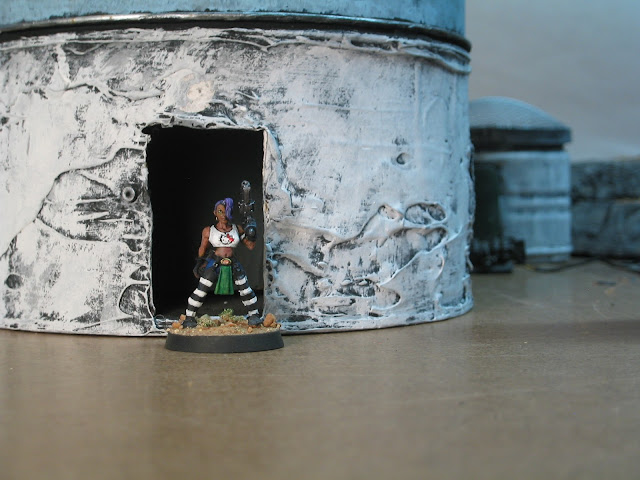 Jackie Chu is a De Lasque leader, again from "Necromunda." 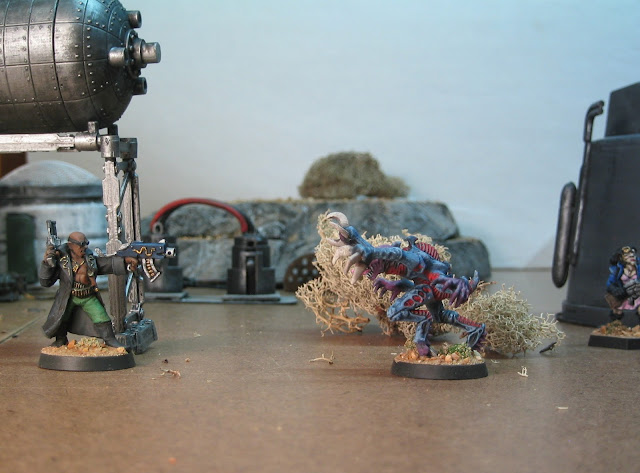 Lastly, PFC Bush is an Imperial Guard vet from the RT days. A bit out of uniform, I suspect. She does appear to be wounded, so I guess we can make exceptions. (Women in post-apocalyptic settings never do seem quite fully dressed. I guess things get ripped up when the end comes. But only things that cover PG bits. R and NC-17 coverings are more durable.)

For what it's worth, she does have feet, but my wife insists she looks better when you can't see the base. Here's the whole guardswoman, head to toe: 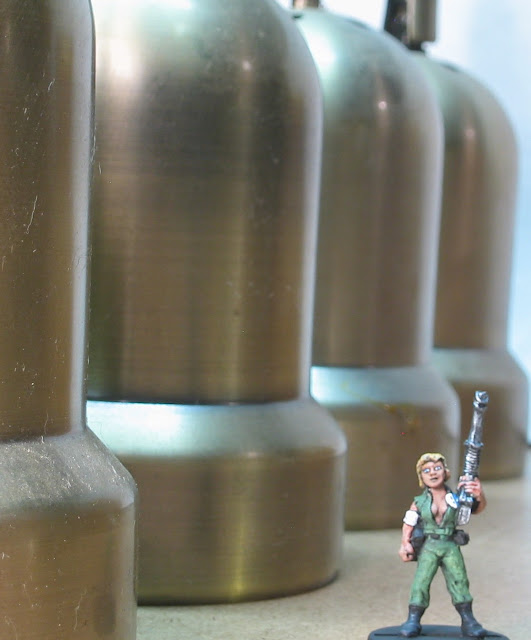 The lighting is a little flat on that one, but you get the idea. More will, of course, follow, but here's a start.
Posted by The Composer at 11:07 AM