Last time on Adventures of the Lace Rock Gang our heroes encountered a sudden storm of super-sonic stay-away from all angles when they ventured to the site of the Graceful Ghost Gibsonite Mine to retrieve their supplies. Not only did the pirate Goldberg Street follow them so he could Shanghai their rightfully stolen goods, but bands of nearby orcs heard the gunfire as their brand of party time and showed up uninvited.

When the cordite fumes cleared Lace Rock leader Jackie Chu and his crew had snagged the better half of their stuff, but somehow Kitty Luong, the gang's principal sneaking specialist and anthropomorphic robot-cat freak, had disappeared. Only this time it looked like she hadn't snuck off to watch Twen-Cen 2D. The orcs must have gotten her! It falls on Chu and his comrades to see if they can be real quiet like and get their girl back. 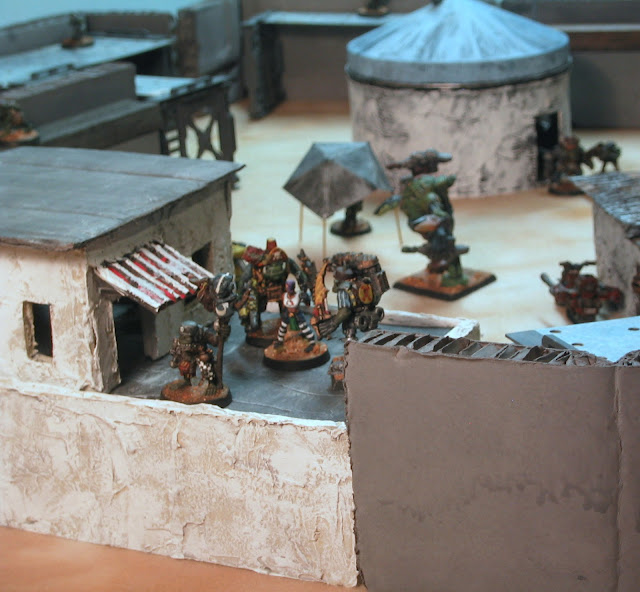 The party arrived at the surprisingly lightly guarded scene in the middle of the night. The orks had a hard day of drinking and needed to sleep it off. (Which is pretty much every day for orks, really. Including days when they also shoot at stuff. Which is also pretty much every day.) As you can see below, the party chose to enter simultaneously from two sides. Not depicted in this film is a salt lake to the rear of the compound. You can wade in carefully single file, but there's no bringing in armies through the back door, so the grots who drew night watch and the heavy defenses were posted to the front. 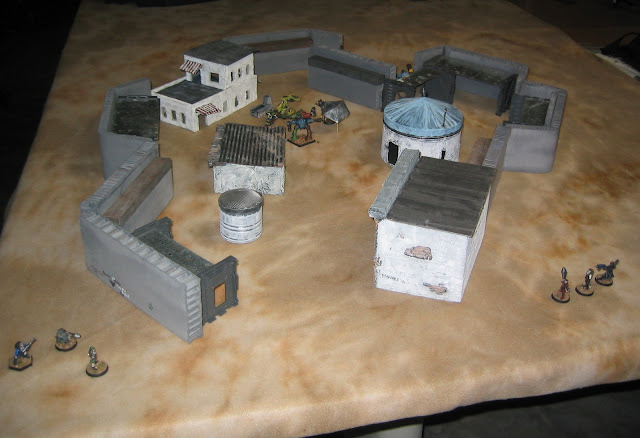 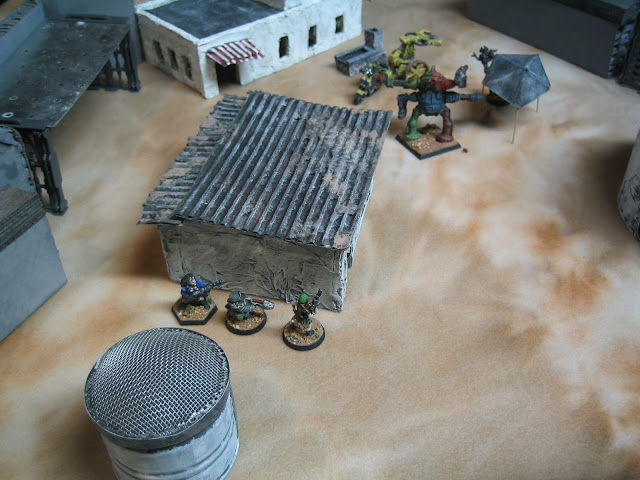 Of course, the very first place the party went was the abandoned jail, which was also not too well defended, while simultaneously being where I had chosen to place Kitty. Oops. Note to self, don't place her so close to the back door next time. The party needs to discover her location the hard way. This is an action adventure. You need to make the characters work. 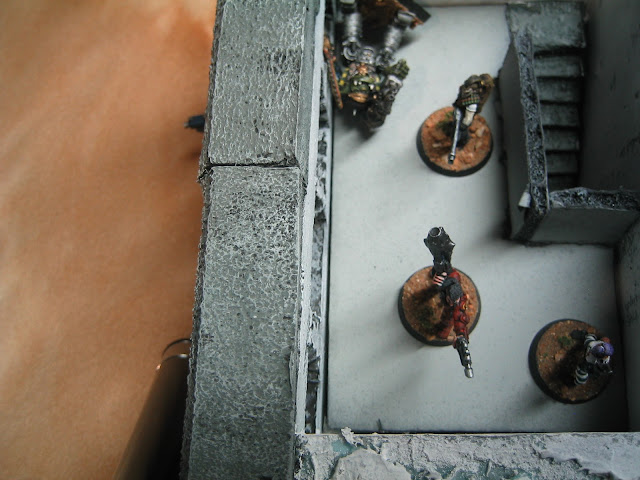 The game was supposed to be a variant on Pulp Alley's trail of clues. The party would interrogate each green "plot point" until they got the information they needed. I defeated myself by breaking PA's own rules and placing the primary objective in advance, thus rending such a shortcut as actually transpired possible. The team found Kitty pretty much on the first try. Next time Kitty will be in the same building as the boss, and neither will be placed until AFTER several greenskins have undergone the enhanced but quiet Q&A sessions that reveal the location BEFORE sneaking up on the guard and rendering him less conscious. But this time they just bonked him and found their girl.

After that, all that remained was for the gang to make good a hasty exit, which they did with only a little trouble. (They woke up a few grots whom they needed to quiet before alarms were raised to bring the orcs out of their alcohol induced slumber.) 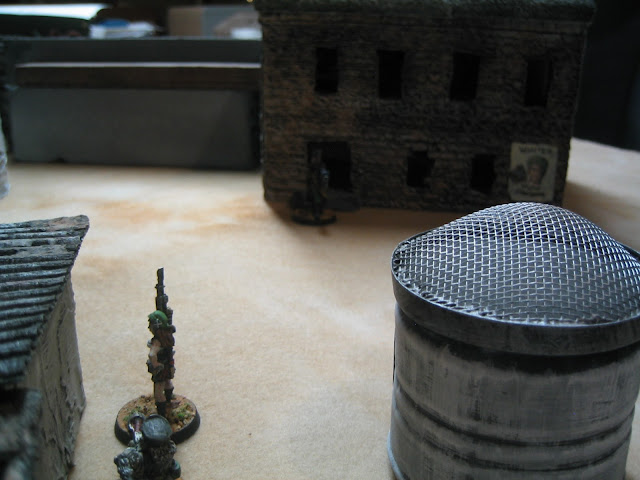 If you're interested in the mechanics I used for some of the sneaking and interrogating come on over the PA community. I've written a more detailed review of the particulars there.

While it wasn't quite as successful as the first game, with a little tweaking I think it's solid. And it's nice that this was a sneak game and not a shoot game. The time limit this time was longer, so as to allow for the slower snaking progress, and was to be imposed by a group of orcs returning. As it happens, it never came up. Still, if my players are happy, and they seemed well enough pleased, all will work out. Now, to design a third episode.