Someone once said good fences make good neighbors. Tell that to the Picts and the Mongols. Or for that matter China and Rome. Neither good fences nor great walls will keep out the really rotten neighbors. But hey, that never stops anyone from trying.

And in the far distant future of Oldhammer there were lots of folks to keep out, both casual and determined, so I'm guessing fixed linear obstacles would be a rather common feature. To that end, I've built myself some larger and more defensible no-trespassing markers. I built fence for casual around the Graceful Ghost. Now I wanted some wall for determined, as the next episode, Hello Kitty on a Hot Tin Roof, was to take place in a fortified encampment. 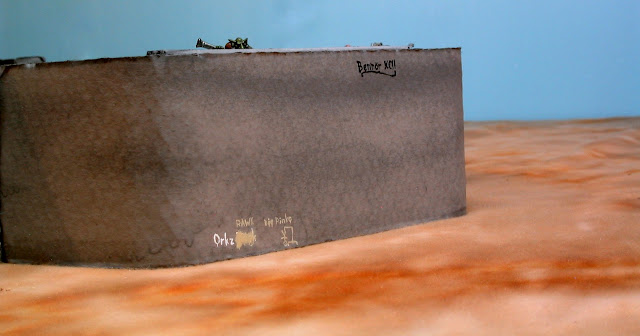 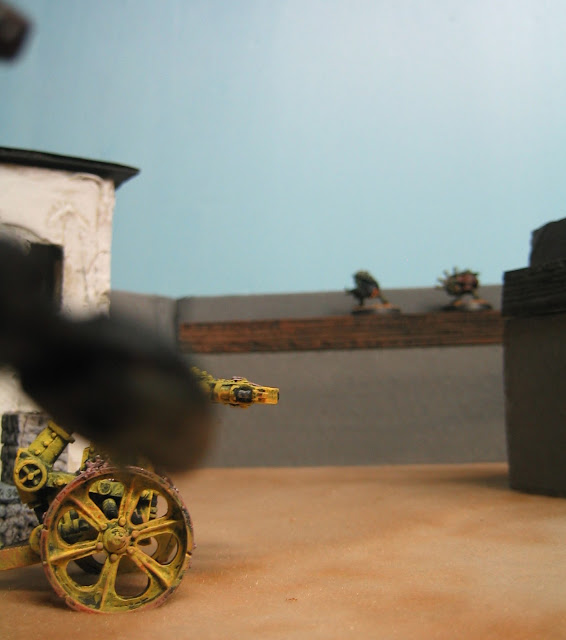 This is a remarkably simple job. The walls are basically heavy cardboard packing components I salvaged from work (a great source for unwanted parts) with a couple coats of spray paint. They were cut in a few different shapes and heights to fit tightly around whatever they protected, which worked well to create platforms and bastions. 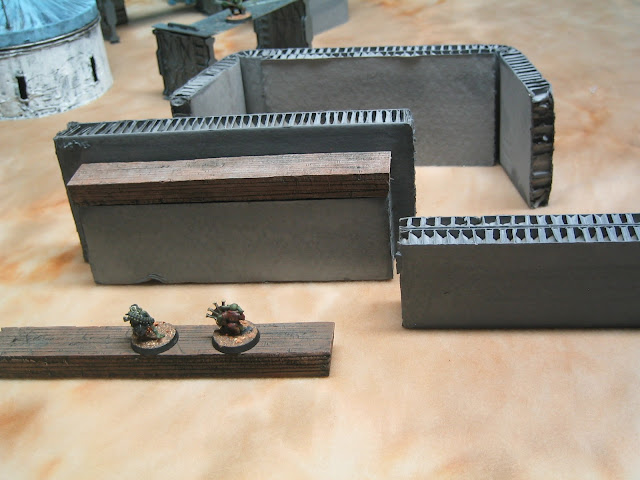 But the platforms were just a touch short, so I used some scrap blue foam to raise them enough that the high walls would fall about chest high on a typical 28 mil miniature. Which works out to be about chin high on the shorty-grots who pulled guard duty in most of these photos. The walls themselves are quite tall enough to impede even quite large vehicles and critters. 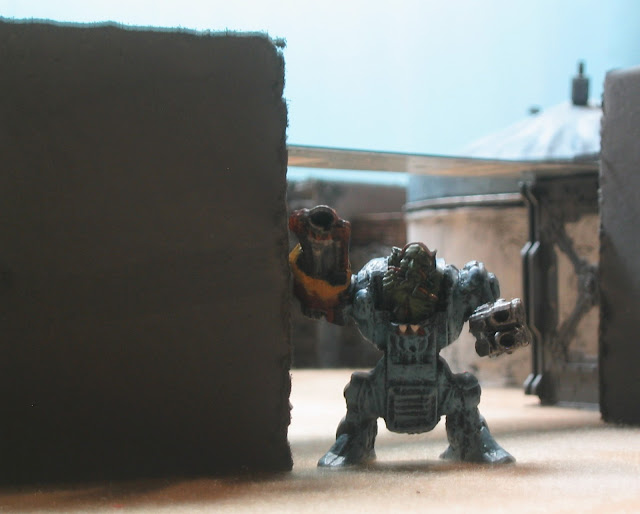 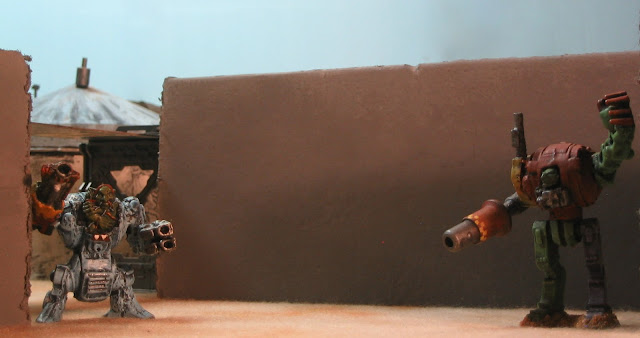 Of course no large barriers in the middle of nowhere are complete without graffiti. The decoration will be an ongoing process for some time yet, but you can see the start now. The movie reference below need enlargement yet, but I think it's enough to get the point across. Added later will be some weathering, a rock "toor" poster or two, and more art, notices, and maybe some actual official signage. (Half buried under the layers of newer creation.) 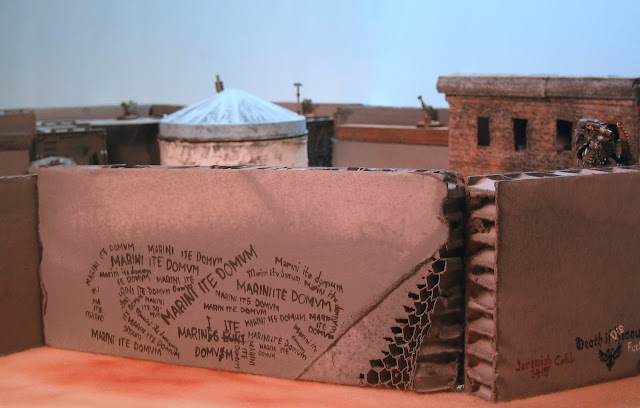 My goal is to have the structure and walls scaled so that they can be usefully incorporated together. The building below was left intentionally windowless on the first floor rear for that very reason. I also used the shorter wall sections as my model for one floor's height. I considered making one floor the height-plus necessary to fit elegantly behind the taller wall sections at reasonable platform height, but that was just a little too tall for my taste. As it is the huts already have nice generous twelve foot ceilings, more or less. (I take a standard 28 mil fig as six feet, which is a convention I learned long ago in a scene design class I never quite finished.) 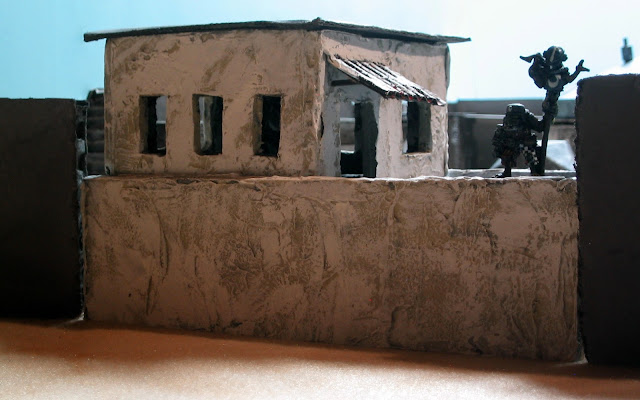 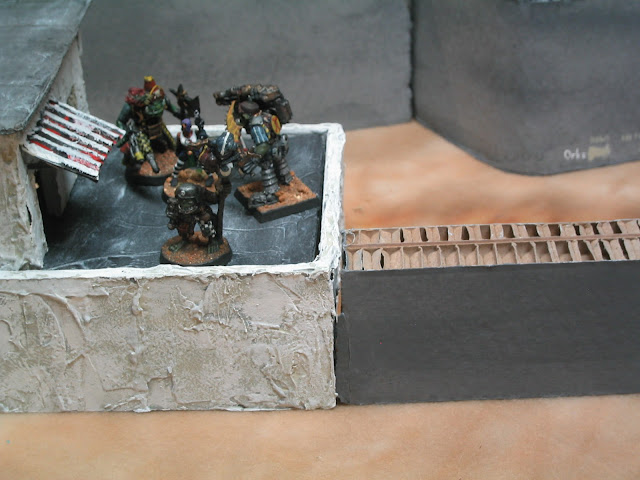 I'm quite sure more walls and buildings in a variety of styles will come in time. Stay tuned, there's an AAR that should follow quite soon. (From the game that needed the walls.) And as always, thank you for reading.