Well, 'tis my last day in Vietnam. All has gone quite well. I've survived noise and traffic and crazy food, and even East Asian dating rituals, I think. I figured out how to pull pictures on here a few days ago (with the aid of a recently purchased device) but haven't had the time since. Today, being a comparatively quiet day, I have the time.

So here's Mai Hong and I in the hotel room shortly after I got to Ho Chi Minh City: 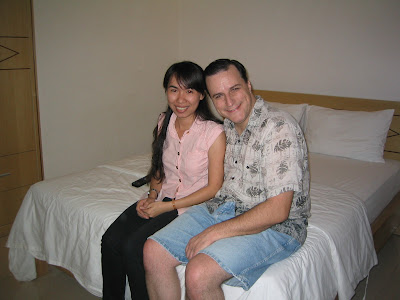 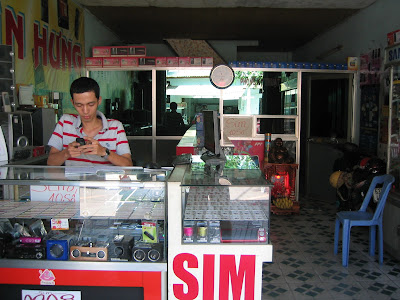 Her parents live in a smaller city called Cai Lay, and her father raises chickens and ducks: 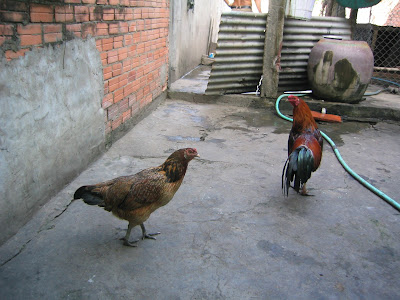 Her older sister lives in a city famous for its beaches. She brought down some fresh crabs. (You can drag any kind of food, living or dead, more or less anywhere but the western chain coffee joint.) These apparently came down with her on the train and then took the bus with us later before eventually winding up as dessert. 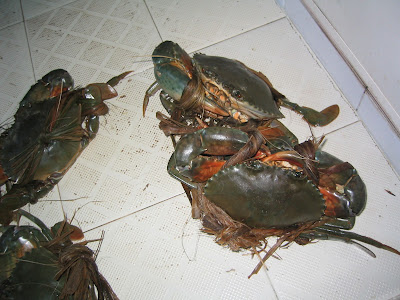 Here we are having dinner. From right to left: the composer, Mai Hong, her younger sister Mai Tham, her mother, and her father: 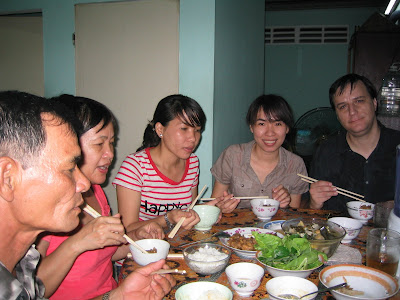 The next day her sisters fetted me with a birthday party Vietnam style: 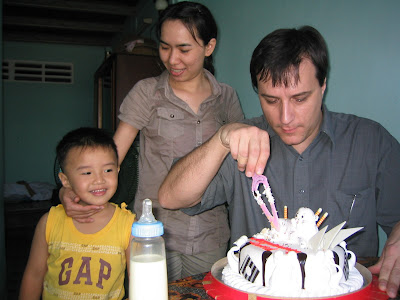 The young one is called something along the lines of "bean" and belongs with Mai Hong's older sister.

Will add some pictures about HCM City itself in a second post, but I'll cut the first one here to keep it from getting unwieldy.
Posted by The Composer at 9:46 PM