Logistics on the Small Seas

Unlike the Pacific, where both sides needed to move everything across water, the European Axis had much less need for seaborne logistics. That said, the Germans and Italians each made use of maritime transit in their respective enclosed seas; the Baltic and the Mediterranean. Since I particularly like merchant ships I've chosen to depict several from both nations. (And both theatres provide quite gameable encounters.)

First, here's some Italians mustering for a quick trip to North Africa and back. I've decided to use the three merchants to represent Santagata, Gioacchino Lauro (both of Achille Lauro), and Entella Mangiarotti (of Fu Gioconda & Enrico Ravano). The first and third ships were both conversions picked up second hand on e-Bay. They appear to use portions of an older style C in C tramp steamer. The second ship uses a Panzerschiffe Italian freighter. (And while I've had it a long time I did recently update it.) The three Soldati class destroyers are further longtime Panzerschiffe members of my collection. 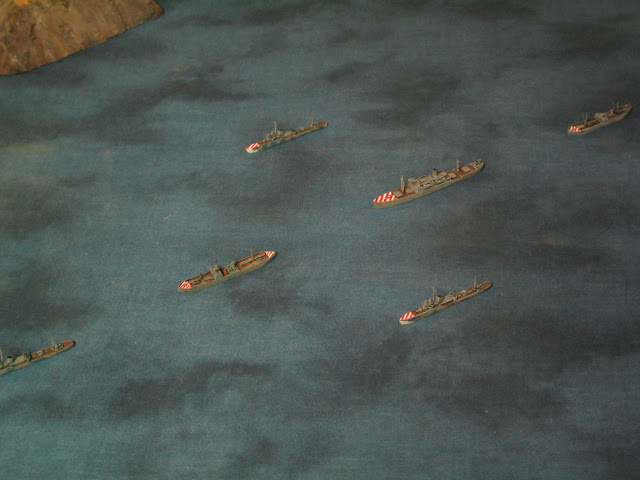 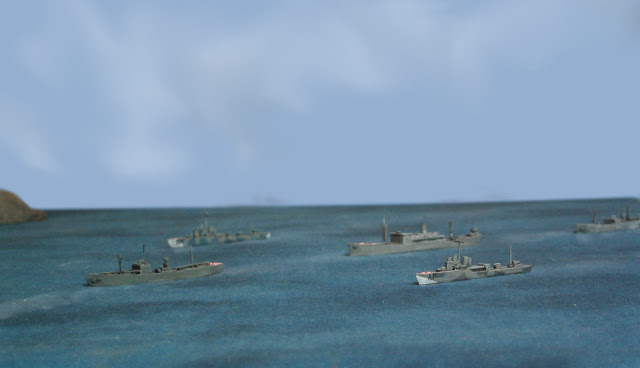 Next we have several German ships that have made their way across the Baltic to the Norwegian fjords. In the first photograph Dithmarschen keeps company with Scharnhorst. In the second Frigga (against the pier) and Oldenburg offload supplies under the watchful eye of destroyer Z-30. Dithmarschen is another Panzerschiffe casting sold as Nordmark. 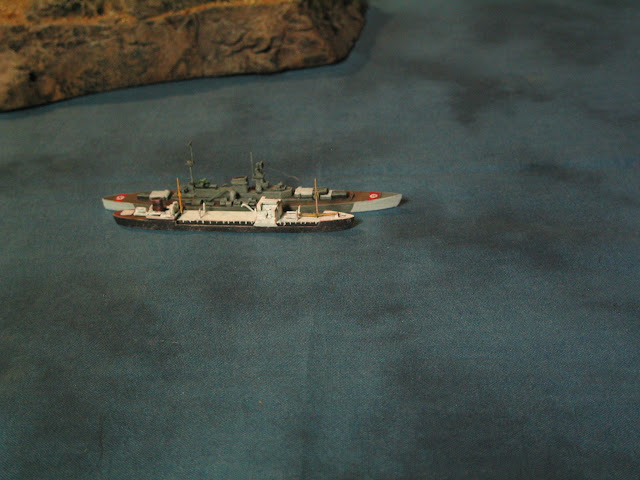 Oldenburg is from the same supplier's WWI range, where she can be bought as Möwe. I haven't as yet identified Frigga, but she feels like an older Viking Forge casting. The model is a little crude, but with some TLC it becomes quite useful. The general shape suggests an older prototype, likely coal fired. Frigga dates from 1924, so she's a little newer than I would have liked, but she's the right size, coal fired, and generally visually similar. In short, she'll do. 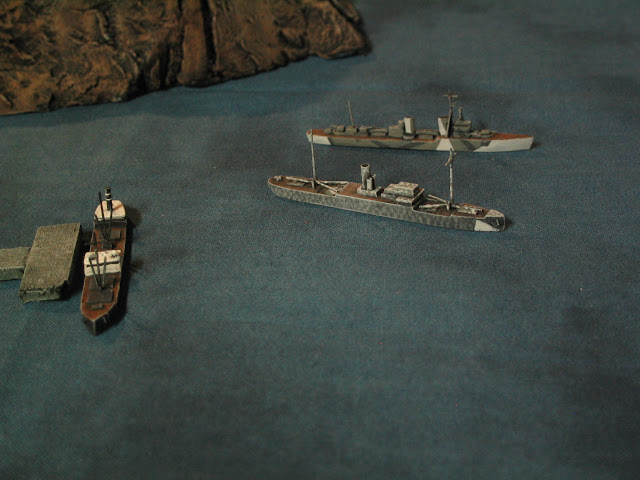 And of course all of these ships have since steamed off to the NIFTI fleet review, which will be depicted in full later, but there are more new recruits to introduce first. So as always, thank you for joining me and keep your eyes peeled. There's more to follow soon enough.