Morning in the Sun and Other Distractions

So it seems that in the midst of all the hubbub of the new year there were a few things I'd meant to post and never did. And now it's April. 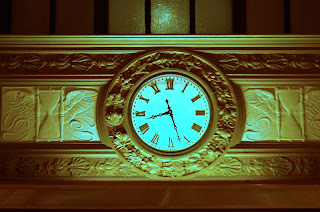 Wherever has sweet time gone while I wasn't looking?

I've posted these one or two other places, so if you've already seen them I beg your indulgence. All are motion picture experiments of one sort or another. All are accompanied by music I've written and haphazardly recorded after a fashion. Two use my toys. One video was even intentionally designed specifically to go with that music, in that MTV way . . . if rock bands had no budgets and stood an inch and a half tall. All tell a story in one way or another. So, hey, they fit, right? Anyway . . .

Let there be video!

I call this first one Christmas on Tartarus. The toys you'll have seen. The over-scale tree in the middle of town? What was that about sweet time? The two piano pieces aren't particularly recent, both hailing from the early aughts. But the video was from last December, so it's new enough.

This next one is more of a story, and less "classical", save possibly in the rock sense. And hey, that's 28mm me and my 28mm sweetheart, so maybe it's a love story.

(Word of warning: this one's a little longer and starts out slow.)

This last one is more of an "art" piece. It's really just a Koyanisquatsi reference if it were a video for Short Ride in a Fast Machine. (Which . . . has been done, of course.) But hey, I think of this as Rachmaninov meets Glass, so maybe that's not altogether inappropriate. The piece probably owes something to both.

Anyway, thank you for watching. And listening.