In 1987 Rick Priestly created something rather new. He gave us a book we know as Rogue Trader and inaugurated a game called Warhammer 40,000. This was a rich setting, with numerous aliens and hints of dark forces and occult practices in a sort of Holy Roman Empire in space. We, the gamers, were encouraged to create our own additions, converting miniatures from Citadel and other manufacturers or even making our own entirely from scratch. The setting was a sandbox we could sculpt to our liking. And while many things changed since then more than a few of us still inhabit that ancient and war weary world. Among the inhabitants is a gentleman who goes by Diego.

Diego has not abandoned that call to create. Recently he gave us a lovely reminder of what could have been and indeed what can be with a project he called Space Riders. The names have been changed, but the limb count remains the same. Green skins might lose their k, but not their teeth. The mermen of the outer reaches still have fins and gills, much as before. Tremendous insectile predators still drag their knuckles on alien worlds. And indeed, hexapodal reptiliads might have a new taxonomy, but they surely still blend the centaur and the crocodile as effectively as they ever did, with three toes to a foot and four fingers to a hand and weapons apparently grown as much as forged. It is with one of these reptiliads that I begin my foray into Diego's "Riders." 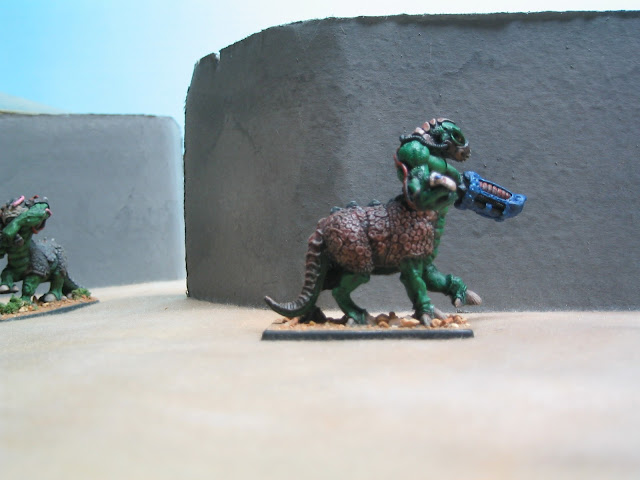 First, let me say that this is a positively lovely miniature. It's no mean copy of what came before, but a delicate and completely new sculpt of the finest quality. The details are crisp. The casting is clean. The pose is ever so slightly more dynamic than the originals without being incompatible. In short, this thing is first rate. Rather than being a labor of love from a dedicated fan these really ought to be official sculpts from the newest employee of the Nottinghamshire juggernaut. But I'll take it any way I can get it. This may be the only way I'll ever have a half decent squad of hexapodal reptiliads. For comparison here's the new fellow with one of the Citadel sculpts that inspired his heroic form. 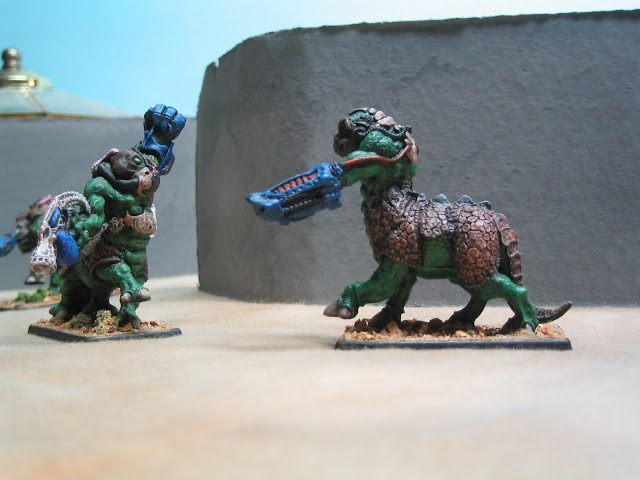 And here he is from another angle with the entire squad. (Minus the one sculpt not yet in my private collection.) 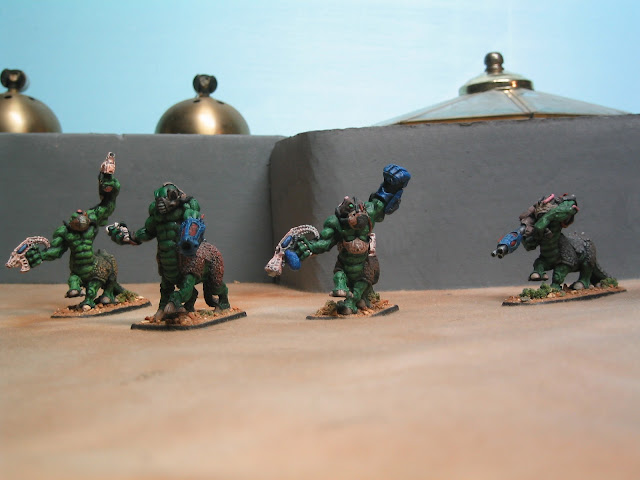 I feel quite certain that this is destined to be a sought after, cherished, and surpassingly unusual casting and I feel deeply fortunate that I was there to witness its release into the wilds of space. Thank you sir. And thanks to all who helped make this possible.


Addendum: For the interested inquries can be sent to To those interested send inquiries on Facebook to Diego Serrate. You can also find him on the Oldhammer Forum, where he goes by Obscure Creator. I think he'd be happy to sell them directly.
Posted by The Composer at 12:19 AM