The Face of the Earth or Where Have I Been Lately?

First, to discourage the ugly rumors that might pop up when you disappear for six months:

I am not dead. In fact, I am VERY not dead. I'm so not dead I'm getting married. (Death tends to annul marriages in even the most conservative of cultures.) Which also explains why the 2012 installment of the annual fleet review didn't happen in 2012. It's been rescheduled as a coronation review. More on that later. But for now I give you a few photographs from a recent trip to visit my intended Queen:

These things tend to begin when you arrive in distant places. It's been my turn twice now. Next time she can do the arriving. 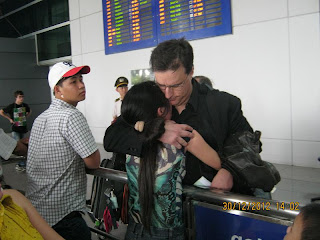 Once you're done arriving, you might pass an immigration interview. 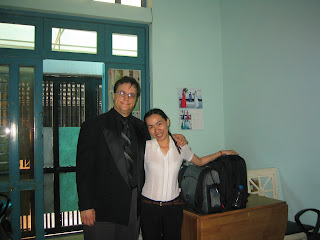 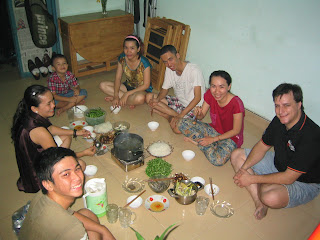 Sometimes young Beans like to shoot zombies with peas . . . 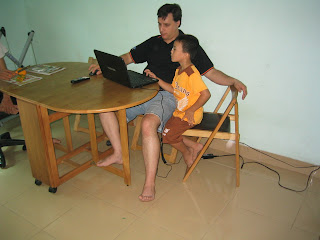 More elaborate celebrations might call for trips to visit interesting places like museums filled with rusting locomotives. (I do have a somewhat anomalous definition of interesting.) 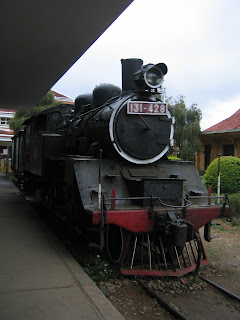 Thank goodness she loves me. I enjoy my locomotives, but they'd be a lot less interesting without good company. 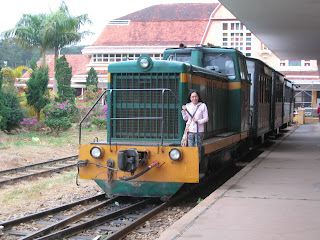 Buddhist temples are also worth seeing. 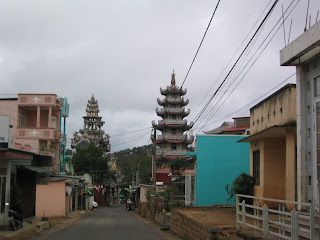 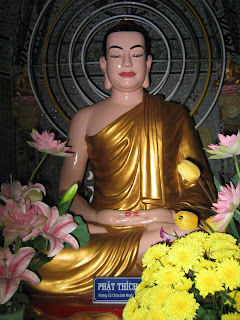 If you chance to visit Vietnam, do eat the food. The food is generally incredibly fresh and very very good. And the array of different eats is positively dizzying. 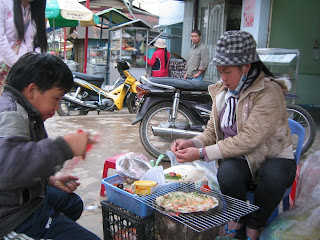 Did I mention temples? 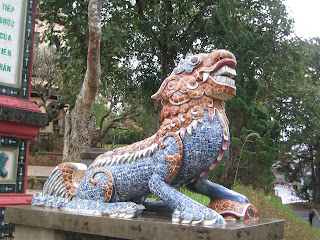 The landscape is also quite lovely. 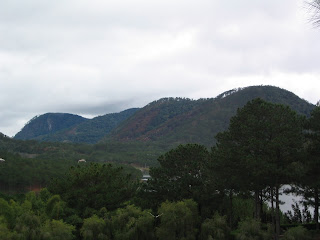 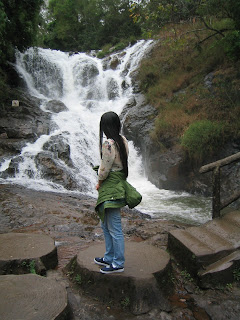 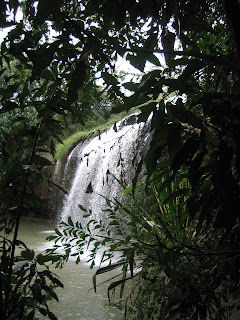 Since Vietnam is conveniently located between India and China (hence the regional exonym Indochina) Vietnamese religious culture is nearly as rich and ancient as Vietnamese cuisine. Buddhism is much more prevalent than Hinduism, but both can be found. I believe this is an older Khmer icon but I will not attempt to comment on who might be depicted. 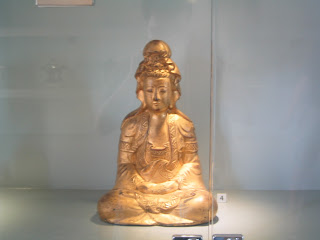 Somewhere in the above room I can only surmise there must also have been an icon of Shiva. As it happens, he's not the only creator/destroyer who can dance. 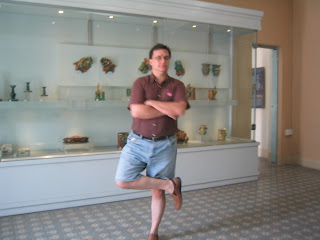 Of course, smiles from loved ones do give us a reason to dance. Cam on em yeu. Gap lai em rat sau. 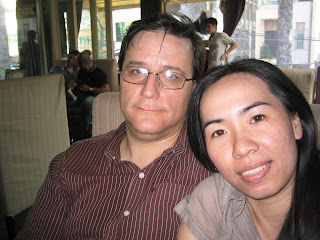