Among the many sports found on the Tartarus Rim is the ancient game of Street Racing. Private parties maintain select roads especially for the purpose, though given the remoteness of the sites the tracks often serve several ends, simultaneously providing access to factories, mining compounds, or the private citadels of executives and government officials.

The car to beat in recent years has been Rồng-1, or "Dragon 1." Like all the vehicles of such races Rồng-1 is a restored and heavily modified twen-cen hydrocarbon burner. Replicas are legal, of course, so long as they follow the basic pattern, but the Dragon is an original (if any millennia old car with so many replacement parts can rightly be called original.) Her pedigree is beyond peer: a 1996 Shelby Viper with a McCullough 1710 flex-stage e-charger providing nearly optimal boost, coupled with a Christman supercooler that reduces thermal bleed and boost heat, even in hot conditions. The Dragon is currently in the stable of a Blake Walker, who makes his home near Lace Rock on Moab III. 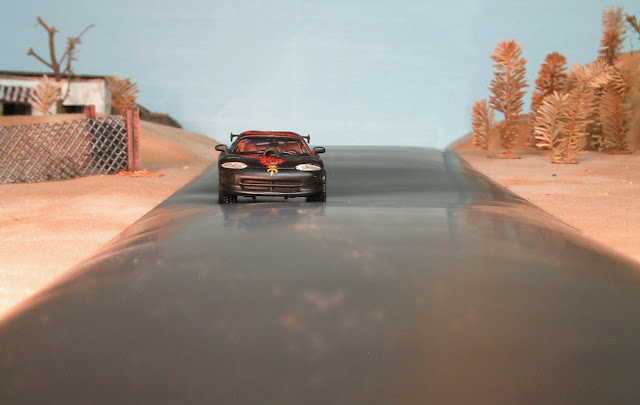 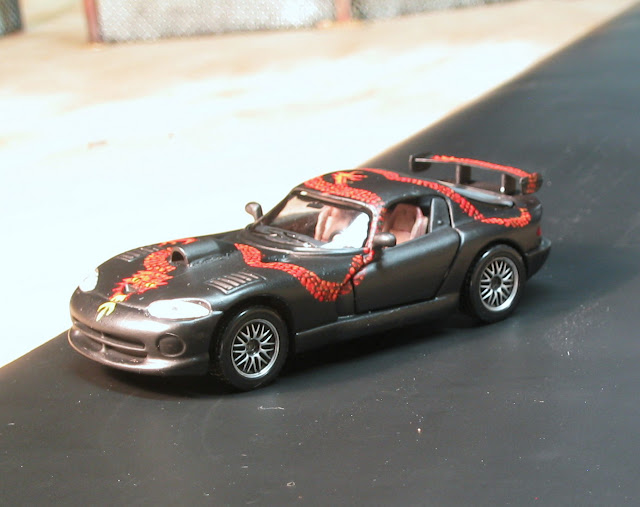 Rồng 1 gained it's enigmatic name from an early owner, a gentleman of Asian ancestry in the ancient Earth state of Usa, where the car was built. In his native tongue rồng means dragon, and it was he that gave the car the first of it's many distinctive liveries. When absolutely correct, the name is pronounced approximately "raum", though opposing drivers generally prefer "wrong." 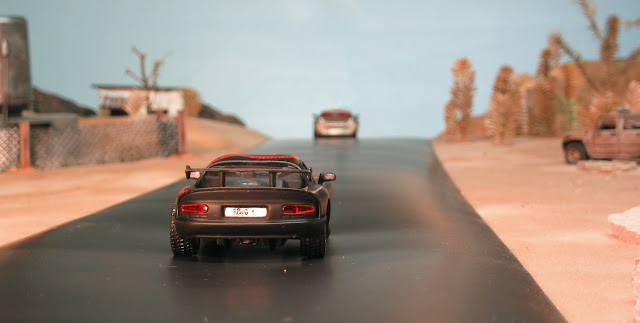 At the opposite end of today's lists can be seen Logansport A-1, often called "PTA" or "Smarty" 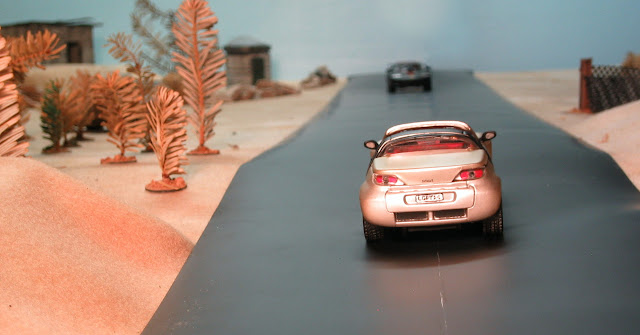 This vehicle belongs to a Logansport mining boss named Marcus Camber who has been collecting twen-cen guzzlers for many years. He has earned a rather unsavory reputation as a ruthless and remorseless competitor. Just what modifications Camber has made to his mount haven't been disclosed, but given his disregard for either courtesy or custom he is likely to be give Walker a real challenge, especially as he has had his sights on the Dragon for several years now. 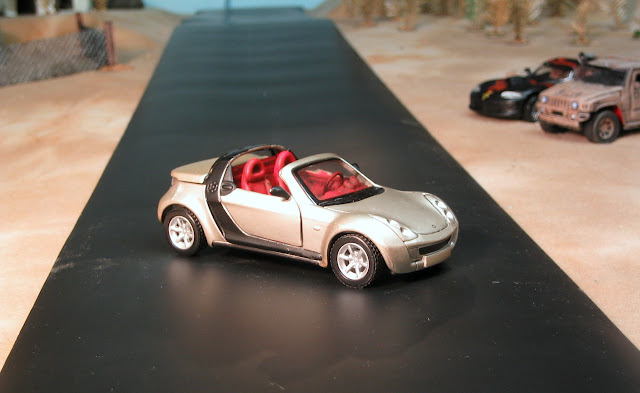 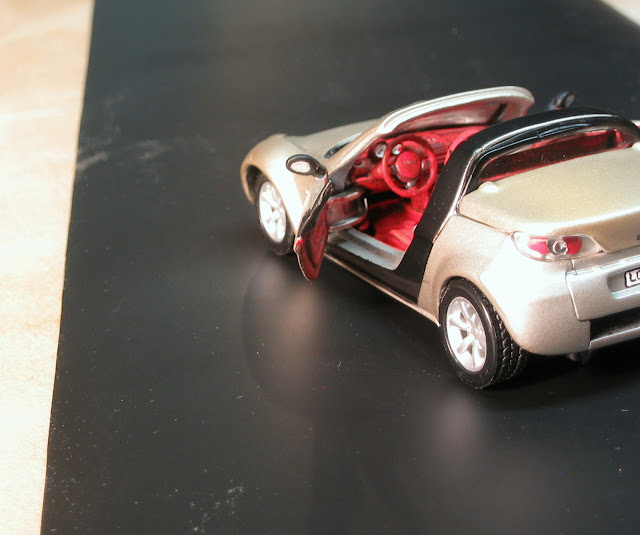 Like the other cars mentioned before in Civil Transportation both Rồng-1 and LGPTA-1 are box scaled die cast toys, but they both work out well enough. Both are modified to some extent. Smarty got new interior colors, some weathering, and a coat of matte varnish to dull down the shine. The Dragon received a top to bottom repaint, with an added cowling for one of the assorted mysterious engine mods (perhaps the Christman supercooler.) All in all, I'm pleased enough. They're not perfect, but for such harsh conditions they don't really need to be. Both were the right price: free, but had I paid for them I doubt that they'd have been expensive. And they were fairly easy to break down, paint up, and bolt back together: all in all a win.

So now it's off to the races on distant Moab. As always, thanks for reading.